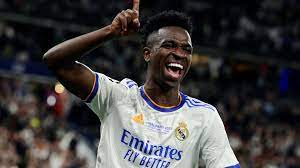 July 27 – There are 218 players from South America currently playing in Europe’s Big Five leagues, 100 of them from Brazil and 70 of them playing in Spain’s LaLiga. 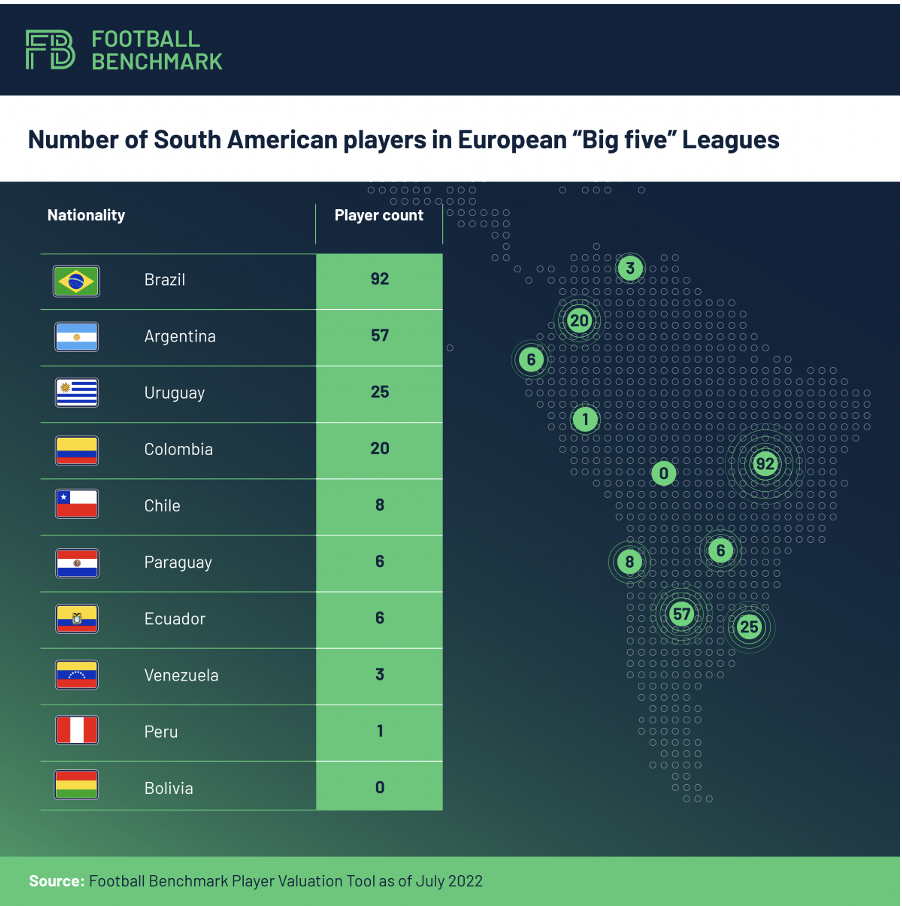 That is almost €38 million more than third ranked Tottenham Hotspur’s €264 million of South American player value, boosted by the signing of Richarlison who is valued at €61 million.

PSG are ranked fourth in total value by the Football Benchmark team who point out: “The six South American players of Real Madrid are worth almost twice as much as the six players of Paris Saint-Germain FC (including Neymar and Messi). Age is one of the main factors here as the average age of PSG’s six is 30, while that of Real’s is only 23.5 years.” 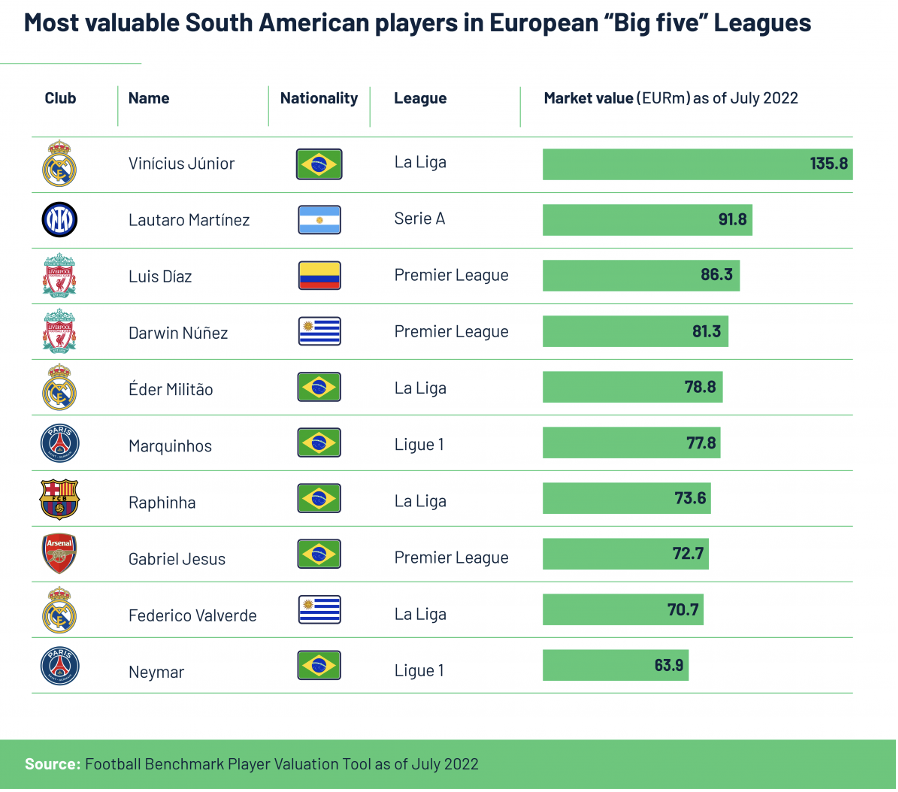 Within the top 10 clubs ranked by value, the report authors say “it is also notable that Atlético de Madrid have the most South American players in their squad (nine). Lower down, among the familiar names of other European top clubs, Aston Villa FC may be a surprising inclusion. The Birmingham club’s five-man group of Douglas Luiz, Emiliano Buendía, Diego Carlos, Emiliano Martínez and Philippe Coutinho all have an estimated market value between €20-30 million.” 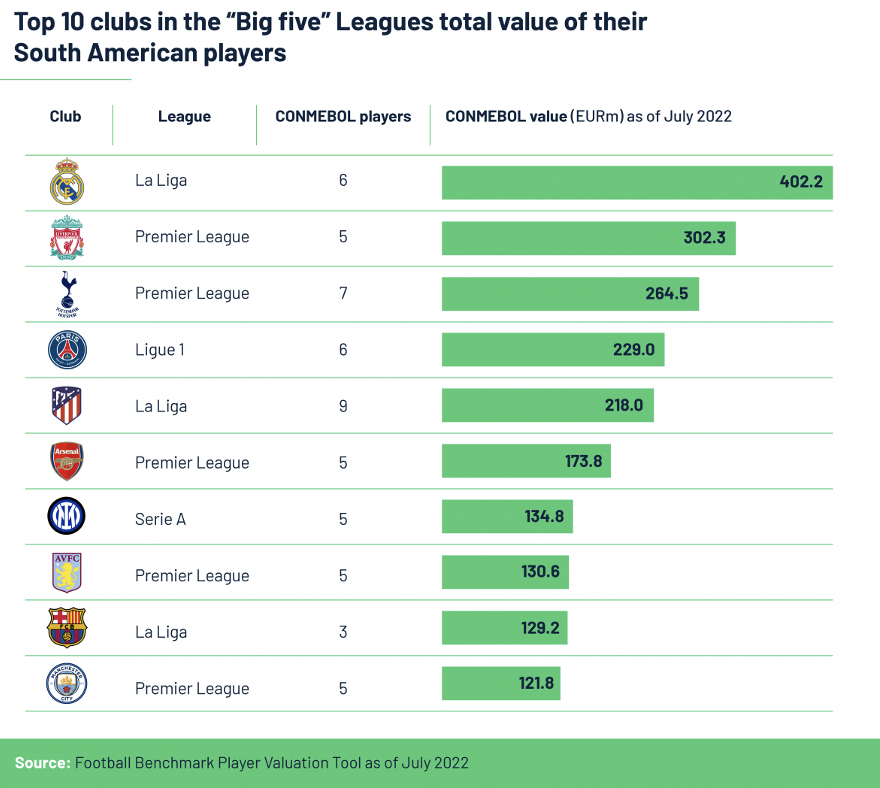 While Spain’s LaLiga has 70 South Americans in their club ranks, the Premier League has 53 and Serie A has 50, However, the total value of players is by far the highest in the Premier League wher eight different clubs currently have at least one Conmebol nationality player who is valued €30+ million.

The German Bundesliga is fifth both in terms of the volume and the total value of South American expat players with just 14. The most valuable is Piero Hincapié, Bayer Leverkusen’s highly sought-after defender from Ecuador (worth €26 million). 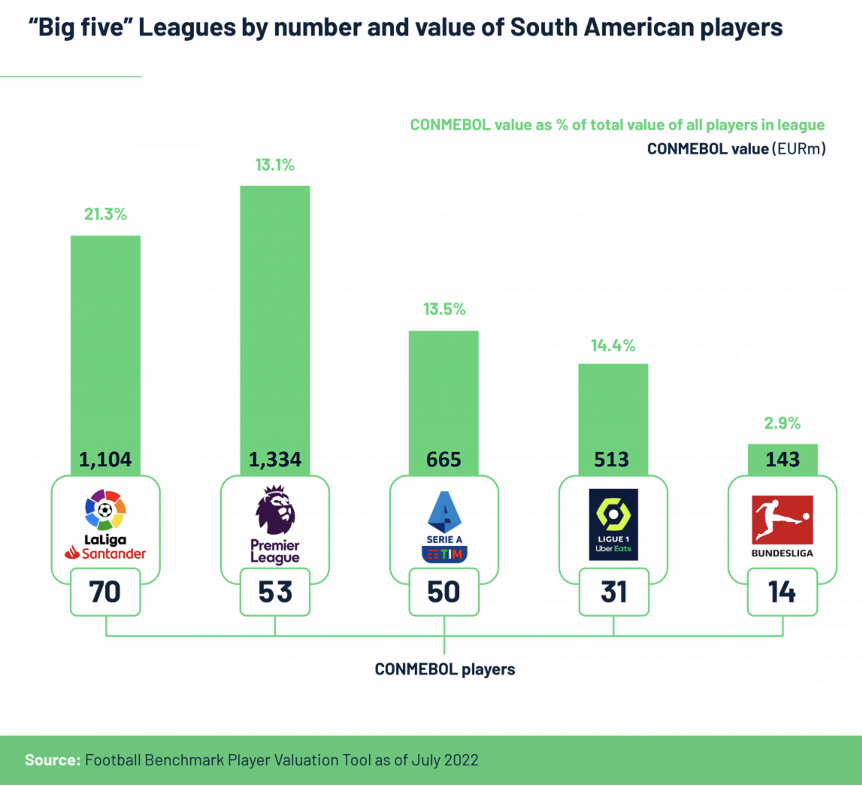