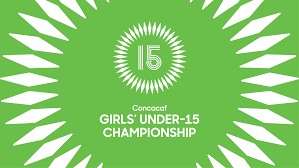 July 28 – Concacaf has released the schedule and groups for the 19-nation 2022 Concacaf Girls’ U-15 Championship to be played July 31 to August 7 in Tampa, Florida.

The 44 matches of the weeklong competition will all take place at the Hillsborough County Tournament Sportsplex with more than 350 girls participating.

This is is the fourth edition of the Concacaf Girls’ U-15 Championship The last edition took place in 2018, in Bradenton, Florida. The U15 tournament is an important development stage for Concacaf’s nations as the confederation develops its women’s football eco-system that started in earnest earlier this month with the expanded Concacaf W Championship in Monterrey, Mexico.

The United States won its second title at this age level after defeating Mexico 3-0 in the League A Final. The 2020 edition of the competition was canceled due to the Covid-19 pandemic.

Concacaf said that “to ensure sporting balance and fully leverage this exceptional development opportunity for all young players, the participating teams have been divided into two leagues (according to their Concacaf Women’s Under-17 Ranking of May 2022) and sub-divided into groups.”

The Leagues and groups are: