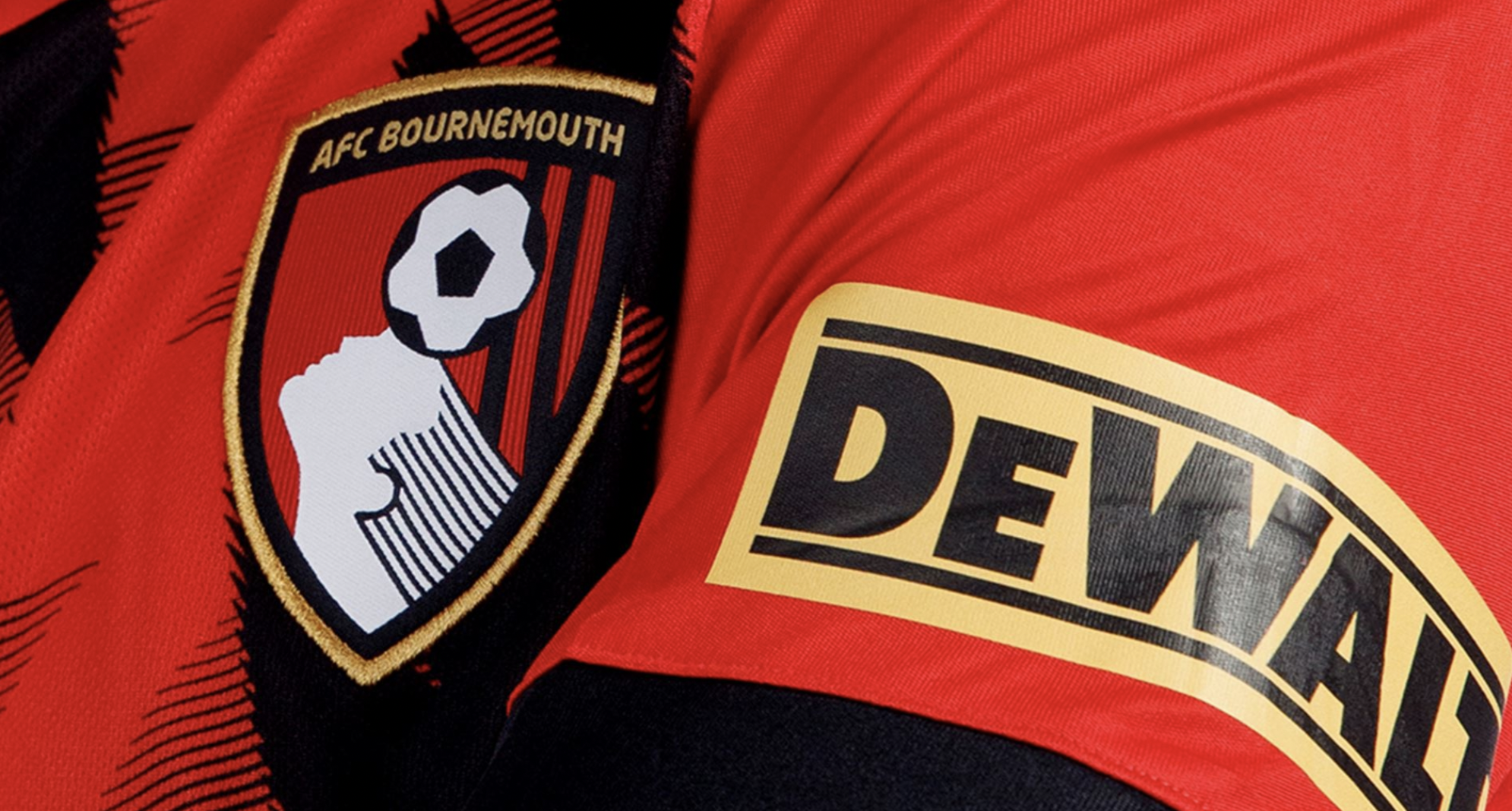 July 28 – AFC Bournemouth, returning to the Premier League after two seasons in the Championship, have secured a one-season sleeve sponsorship with power tool manufacturer DeWalt.

De Walt will appear on the sleeves of Bournemouth’s men’s team home, away and third kits.

Rob Mitchell, AFC Bournemouth Commercial Director, said: “We are very pleased to have got this deal with a big name brand over the line ahead of the new season. It’s a mutually beneficial agreement which provides DeWalt with global exposure and allows us to capitalise further on the commercial value of being back in the Premier League.”

At the end of June, Bournemouth unveiled a two-season deal with online bookmaker Dafabet as the club’s principal partner and front-of-shirt sponsor.

Dafabet replaces MSP Capital on the front of Bournemouth’s shirt. The financial services firm, based locally, will however remain a partner of the club, shifting sponsorship to the team’s training kit.

No value has been given for any of the sponsorships though the first team shirt and sleeve deals are both record deals for the club.

Announcing Dafabet as the club’s shirt sponsor, Bournemouth emphasised the need to maximise the revenue opportunities of the Premier League “Dafabet will feature on the front of the men’s playing shirts in an important part of the club’s commercial goals of maximising revenue in the Premier League.”

The club’s revenue opportunities are limited by only having an 11,000 capacity stadium.

The club said that Dafabet will make a financial donation to the club’s Community Sports Trust to support projects that help get adults into work.

Bournemouth open their 2022/23 season against Aston Villa at their Vitality Stadium. on August 6.