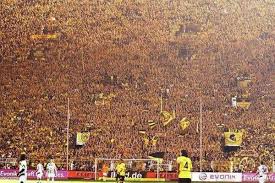 July 28 – In a significant move after years of debate among fans’ groups, UEFA is to allow safe-standing areas on a trial basis at all European club games involving teams from England, Germany and France this season.

UEFA said the trials in the Champions League, Europa League and European Conference League will cover all matches in its men’s competitions except the finals.

UEFA describes the launch as its ‘Standing Facilities Observer Programme 2022-23’ with a view of reintroducing it on a permanent basis.

The trial is limited this season to teams from UEFA’s top five nations where safe standing is already authorised and implemented at the domestic level i.e. England, Germany and France.

“The programme will be carried out during the group stage and knockout phases up to and including the semi-finals of the 2022-23 UEFA men’s club competitions. The finals are excluded,” UEFA said in a statement. “The objective is to assess if and under what conditions standing may be reintroduced in UEFA competitions in a safe manner.”

“At the end of the 2022-23 season, on the basis of the reports submitted by the mandated experts, the UEFA administration will assess the findings of the programme and submit the results to the UEFA Executive Committee.”

The trials will be especially welcomed in Germany where Borussia Dortmund, which has a vast standing area known as the ‘Yellow Wall’, will now be able to host Champions League games at the Westfalenstadion’s full 81,365 capacity for the first time.

Dortmund has been using safe-standing areas for domestic games but has had to convert those sectors to seating for European fixtures.

“This is great news. Standing tickets are an important part of our football culture. Borussia Dortmund have been working hard behind the scenes in recent years to obtain permission for safe-standing areas in European competitions,” said CEO Hans-Joachim Watzke who called on fans to “behave responsibly with this opportunity.”