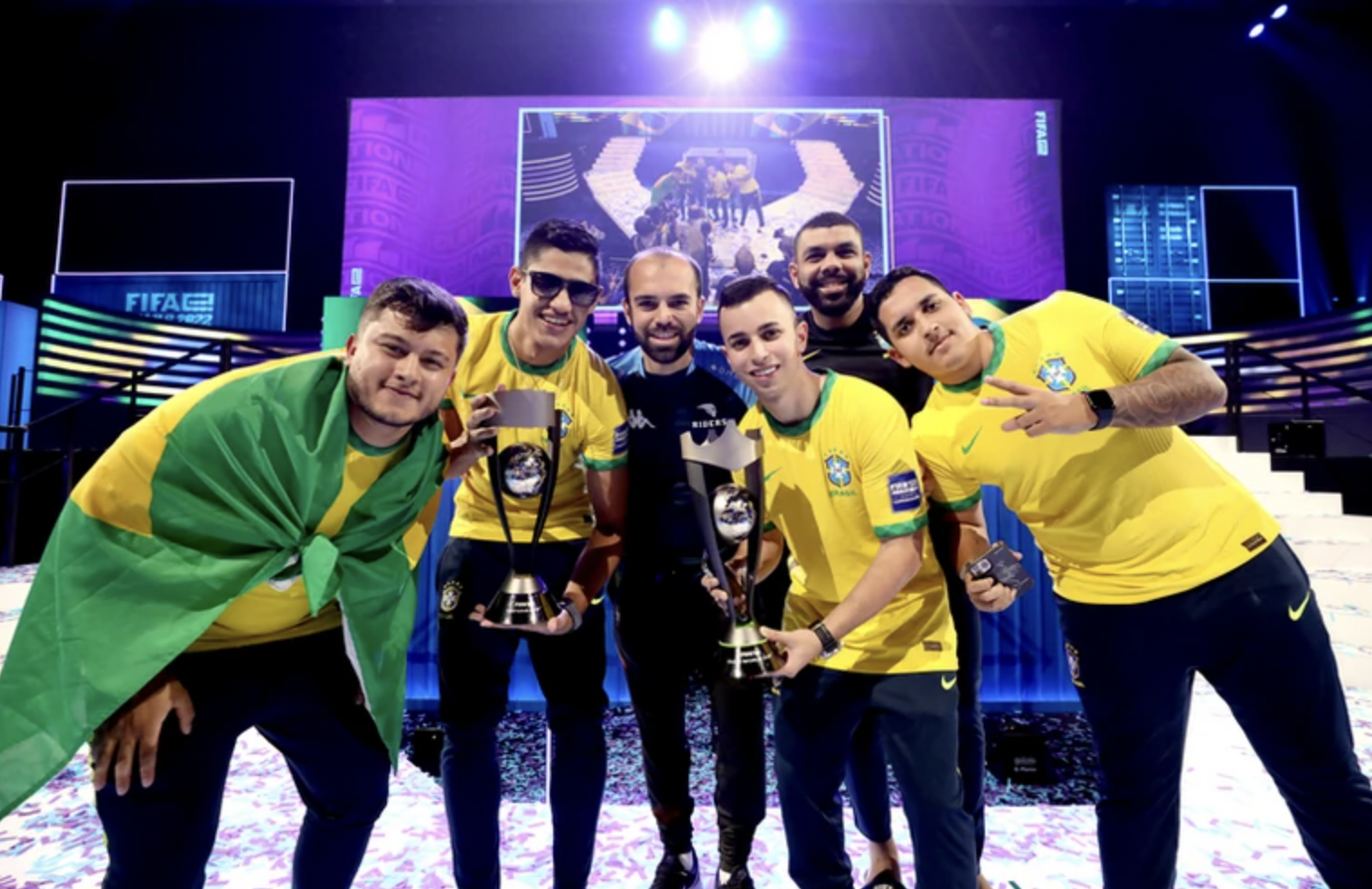 Brazil beat Poland in the final with a 90th minute goal to win the title 2-1, the second time the eNations Cup has been played. France were the inaugural champions.

The FIFA esports event opened in early July with the FIFAe World Cup which was won by Germany’s Umut Gültekin who walked away with $250,000 in prize money. The second week of play saw Spanish-based Riders becoming the FIFAe Club World Champion and take the $100,000 prize money.

Brazil, who beat Spain, Italy and France on their way to the final, took home the lion’s share of $400,000 in prize money. The final was the first event day that fans were allowed in to watch since 2019.

“The last three weeks have showcased the community’s biggest stages and the global potential of FIFAe with a great setting and fantastic performances shown by all participants,” said Romy Gai, Chief Business Officer at FIFA.

“Congratulations to all three champions for claiming the respective FIFAe trophies, beating the world’s best at the pinnacle global event, and inspiring the next generation of esports talent.”

All three championships were ‘presented by EA Sports’ and played on the EA Sports developed, FIFA-branded game. That partnership is ending after FIFA and EA Sports failed to agree a new licensing deal.

FIFA 23 will be the final edition of the EA Sports FIFA-branded game. EA Sports will continue to operate the game which will be rebranded EA Sports FC.

FIFA has said it will continue in the esports area but is very much having to start from ground zero if it is to develop a game to rival the dominance of the EA franchise. It will very much be a challenge of the FIFA brand against EA’s brand, but e-sports is not like the game of football and FIFA can’t dominate via ownership of the rules. There is also the power of EA’s business and marketing model, the data owned and held by EA, its multiple licenses with other major leagues and clubs, and the simple fact that it sells millions of copies of its game every year to video gamers who are likely to be more loyal to the game than to FIFA.

FIFA said it will work with other video game makers on multiple offerings. It will have to move fast. No partners have yet been announced.