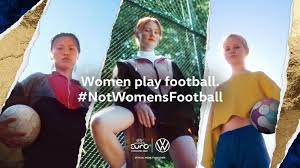 August 2 – On the sidelines of Euro 2022, UEFA and the European Commission have strengthened their ties to promote equality, diversity and inclusion.

On June 9, the European governing body and the Commission adopted a formal EC-UEFA Arrangement for Cooperation. The continental championship provided the women’s game with both new impetus and a significantly increased profile, something the organizations want to capitalise on.

“European football and the EU are a great team and I look forward to working with Commissioner Dalli to achieve all-important progress,” said UEFA president Aleksander Ceferin in a statement.

“Through this cooperation the EC and UEFA will further promote and strengthen the European Sport Model based on shared values and priority objectives in the field of equality, diversity and inclusion.”

Those commitments will translate into wider campaigns with the men’s Euro 2024 and the women’s Euro 2025 on the horizon, with a focus on “national anti-racism action plans, between experts working on equality, diversity and inclusion.”

“Football is a vital part of life for millions of people in Europe. Sport not only has the power to break down barriers but also to build bridges.,” said EU Commissioner Helena Dalli.

“Together with UEFA, we make our stance clear: we say no to all forms of discrimination and hatred, and united, we will use football to build the world we all want to live in.”