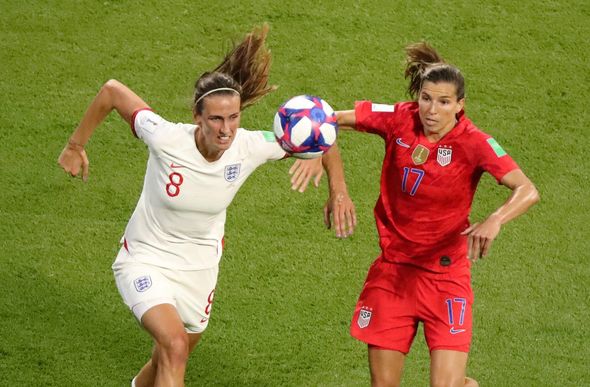 August 3 – The Champions of Europe will play the Champions of Concacaf on October 7 at Wembley in what will unofficially be the decider of who is currently the best women’s team in the world currently.

The US, current World Champions and on a five-year streak at the top of the FIFA world rankings, beat Olympic champions Canada in Monterrey, Mexico, last month.

England are riding a football high after their 2-1 win over Germany in the Euro 2022 final last Sunday.

It is a high that set the country, already at fever pitch with the hosting of the Euro 2022 championships, alight.

Following the announcement of the USA fixture, the volume of fans scrambling for Wembley tickets crashed the English FA’s website.

At one point there were online queues of more than 45,000 people, with estimated wait time of more than an hour.

England last played the US in 2020 in Orlando, Florida, losing 2-0 in the SheBelieves Cup. In 2019 the US knocked England out of the World Cup in France 2-1 at the semi-final stage, as they went on to win the title.

This summer both teams have been impressive as they secured their regional championships, both competitions were expanded from previous editions.

The Wembley friendly is subject to England qualifying next month for the 2023 World Cup. That in reality should be a formality as England are five points clear of Austria in Group D and need a point away to Austria on September 3 or a win against Luxembourg at Stoke three days later. The Stoke game has already sold 20,000 tickets and is fast on the way to selling out.

England’s win against Germany was in front of a record breaking 87,192 fans at Wembley and watched by a peak TV audience of 17.4 million on the BBC. Even in a football-crazed county like England, it is a reflection of how far the women’s game has elevated its profile in a short space of time.

USA head coach, Vlatko Andonovski, said: “This is exactly the kind of match we need at exactly the right time in our World Cup preparations so we can test ourselves against a very talented England team. I saw England play live at the Euros and I’m looking forward to an amazing atmosphere at Wembley and another big event for women’s soccer.”