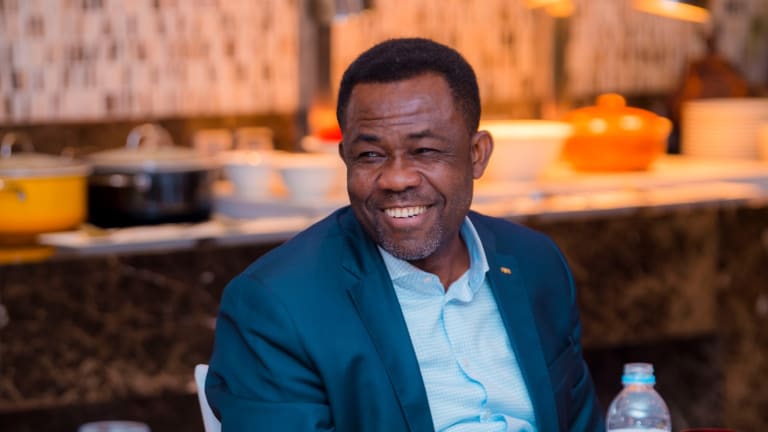 August 3 – A reform proposal submitted by the Zambian FA for the restructuring of the Confederation of African Football (CAF) executive committee to make it both more representative of Africa’s nations and to save costs of at least $25 million appears to have been kicked into the long grass by CAF’s general secretary Veron Mosengo-Omba (pictured).

The proposal was submitted by the Zambians on May 12 for discussion at the CAF Congress which will be held August 10 in Arusha, Tanzania. So far the response from CAF’s FIFA controlled executive has been to brush it under world football’s lumpiest carpet. It has not been circulated to CAF members.

This sparked the Zambians to protest to CAF president Patrice Motsepe, on July 25, that Veron had omitted the proposal from circulation to African member nations, and that “the CAF Secretariat overstepped their mandate by excluding our proposal”.

Motsepe, who frequently but unconvincingly has denied he is just a FIFA placeholder for their manipulation of CAF, has not responded to the Zambian protest, presumably once again taking his lead from Veron. Crucially, the Zambian letter points out that “we did not request for any specific article of the statutes to be amended”.

It all paints a picture of a CAF leadership that dominates its membership not just by selective use of its administrative power but also by its suffocation of open debate and any other thought leadership that doesn’t come from within its own too-often self-serving circles.

The Zambians in their letter to Motsepe maintain that “the basis of our submission is primarily about equity in representation in FIFA, CAF and CAF subcommittees, and additionally the financial savings which would accrue to CAF given the current challenging financial position should the members consider the proposal.” ‘Equity in representation’ is the key and haunting phrase here.

But as ever, in African football and FIFA politics, the issue of money can be found near to the core.

With CAF desperate for money following FIFA’s disastrous commercial takeover of the confederation’s business, the Zambia proposal suggests a restructuring of CAF’s executive committee from an unwieldy 22-member body to 12 elected members.

The proposal said that this would save, on current spending levels, at least $6.5 million a year spent on exco member expenses and stipends, as a time when football development and national associations on the African continent need any financial support they can get.

The Zambia proposal also called for a more representative structure on CAF’s and FIFA’s decision making bodies from within all of Africa’s football nations, arguing that each of the six African zones should be represented on the FIFA Council. Currently only four are – CAF has six seats plus a female member on the FIFA Council.

Similarly the Zambian FA argues that all six zones should be represented equally on the CAF executive committee with two seats each.

The proposal, which has been seen by Insideworldfootball, says that it “has been motivated on account of the following:

– Efficiency in decision making for the benefit of CAF ”

The proposal was submitted “in line with articles 6.1 (b) and 17 (8) of the CAF statutes”. On submission it should have been circulated to all CAF members.

It wasn’t and while it did appear on an initial Congress agenda, now appears to have been replaced by an item listed as ‘discussion of proposal by an African member’. The proposal or its detail have not been discussed.

In fact Veron has gone out of his way to make sure the proposal is not discussed, including breaking the statutes he has sworn to uphold and work within.

For FIFA and CAF’s executive, an oversized and overpaid executive committee is easy to control with many members there to collect their stipends rather than work for African football. Reducing the number on the committee to members elected on promises of working for football on the continent runs the risk for FIFA of losing control and the power to split the committee on issues not in its interests.

For Africa it seems the power of self determination is now so far gone that the nations cannot even make their own reform proposals.

While the vested interests on CAF’s executive committee might have been able to ensure the proposal were quashed, the membership should at least be allowed to discuss how they are represented and by whom, both on their regional governing body CAF and at FIFA.

But that clearly isn’t what FIFA and Infantino want for Africa. While Infantino’s hold over the African nations is publicly viewed as being vice-like and unbreakable, its foundations are clearly showing signs of widening cracks.

The Zambian FA proposal ends with a ‘Justification’ (below) that pretty much sums up everything FIFA’s version of CAF does not stand for.

– Cost effective and efficient streamlining of oversight. On the basis of a twenty-five (25) member executive committee, it is difficult to justify the estimated annual spend of US$12.5m covering indemnities, annual bonuses, travel accommodation incurred to service the contribution of executive committee members.

– Reducing the CAF executive committee to thirteen (13) would result in immediate saving of estimated US$6.25m annually and US$25m over the four-year mandate of the executive. This is very important at the moment when CAF has been under financial stress as reported in the recent CAF congresses. CAF financial reserves continue to be depleted as long as the Lagardere impasse remains unresolved and hinders possible new sponsors from coming on board.

– Improved governance by the new structure will create space for transparency, accountability and management of risks proactively to the benefit of CAF members thereby meeting the expectations of long-term value creation.”