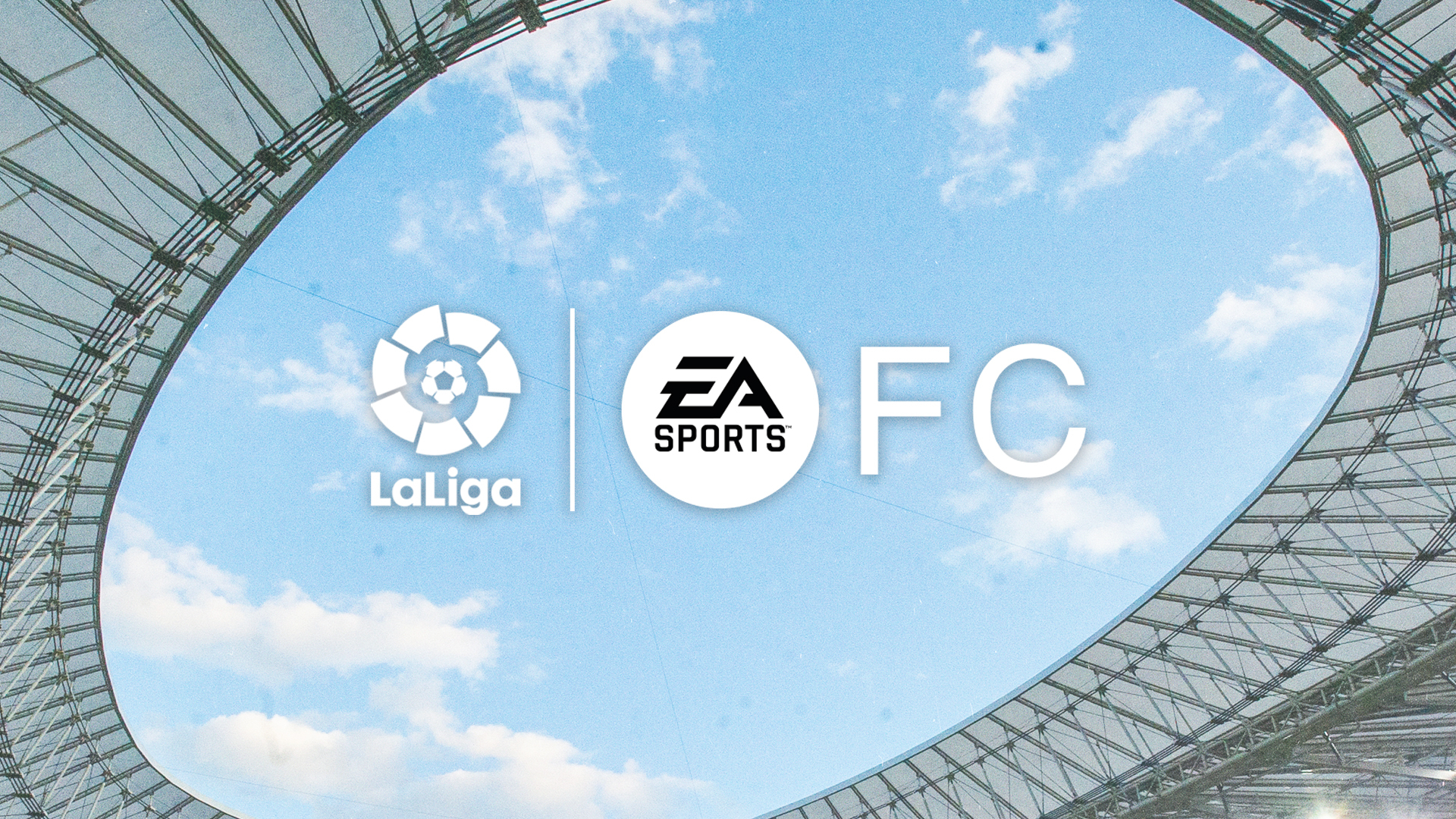 August 23 –  Spain’s LaLiga has unveiled EA Sports, and it’s renamed EA Sports FC video game title,  as the naming rights partner for the league once the current deal with Santander expires at the end of the 2022/23 season.

The multi-year partnership is being heralded as allowing both parties both parties to “deliver groundbreakingexperiences for global football fans”.

The partnership will include title naming rights for all LaLiga competitions, a complete rebrand of LaLiga with EASports including all logos, graphics, fonts and other visual elements, as well as new in-game integration, broadcasthighlights, and joint commitments to supporting grassroots initiatives.

This new partnership will cover the first and second divisions of LaLiga, LaLiga Promises (the league’s annual youthtournament) and eLaLiga.

The sponsorship is significant in the impact it will likely have on the esports football video game market. EA Sports FC is the new title for the FIFA video game that dominates football games but which will cease to use the FIFA brand name following the release of the FIFA23 edition of the game.

EA Sports and FIFA were unable to find an agreement on licensing the FIFA brand, leaving EA Sports to literally take their ball and walk away with their game. FIFA said it will launch its own games but with this deal with LaLiga, EA Sports is letting everyone know that they are the only game in town.

With EA Sports flexing real marketing muscle and sponsorship buying power, FIFA will be wondering how they could have got the negotiation over a new license fee and esports relationship so hopelessly wrong.

“The visible reach and scale of this partnership is deeply exciting, as is the opportunity to deliver incredible experiences for fans through in-game innovation, interactive entertainment and grassroots initiatives.”

EA Sports has long licensed LaLiga teams, players, and stadiums within its FIFA franchise. The new deal with EA Sports FC however takes that partnership to another level with a much greater immersion in the physical world of football and the football business, as well as an embracing of the latest video gaming and digital technologies. Inaddition to the naming rights partnership, fans will benefit through new technology, gameplay enhancements and development, and real-world football highlights.

“We have been strategic partners with EA SPORTS for years and this expanded agreement is a commitment to providingthe next level of innovation to all football fans, a fusion between the virtual and real worlds of football.”

No value was given for the deal. The first EA SPORTS FC products will become made available in Summer 2023.