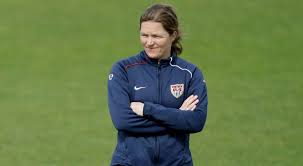 August 3 – Following the underwhelming campaign at Euro 2022 and the exit of Martin Sjögren, Norway have appointed record international Hege Riise (pictured) as the new coach of their women’s national team.

Sjögren resigned after Norway departed the European championship after Norway failed to progress from the first round. The Norwegians defeated Northern Ireland 4-1 in their opener, but England hammered Sjögren’s team 8-0 in their second game. Austria then eliminated the Norwegians from the tournament with a 1-0 victory.

No details of the length of the 53-year-old Riise’s contract were announced.

Riise won 188 caps during her playing career and scored 58 goals. She was part of a Norwegian generation that was among the best in the world, winning the 1995 World Cup and gold at the Olympic Games in Sydney. She also coached Team GB at the Tokyo Olympic Games.