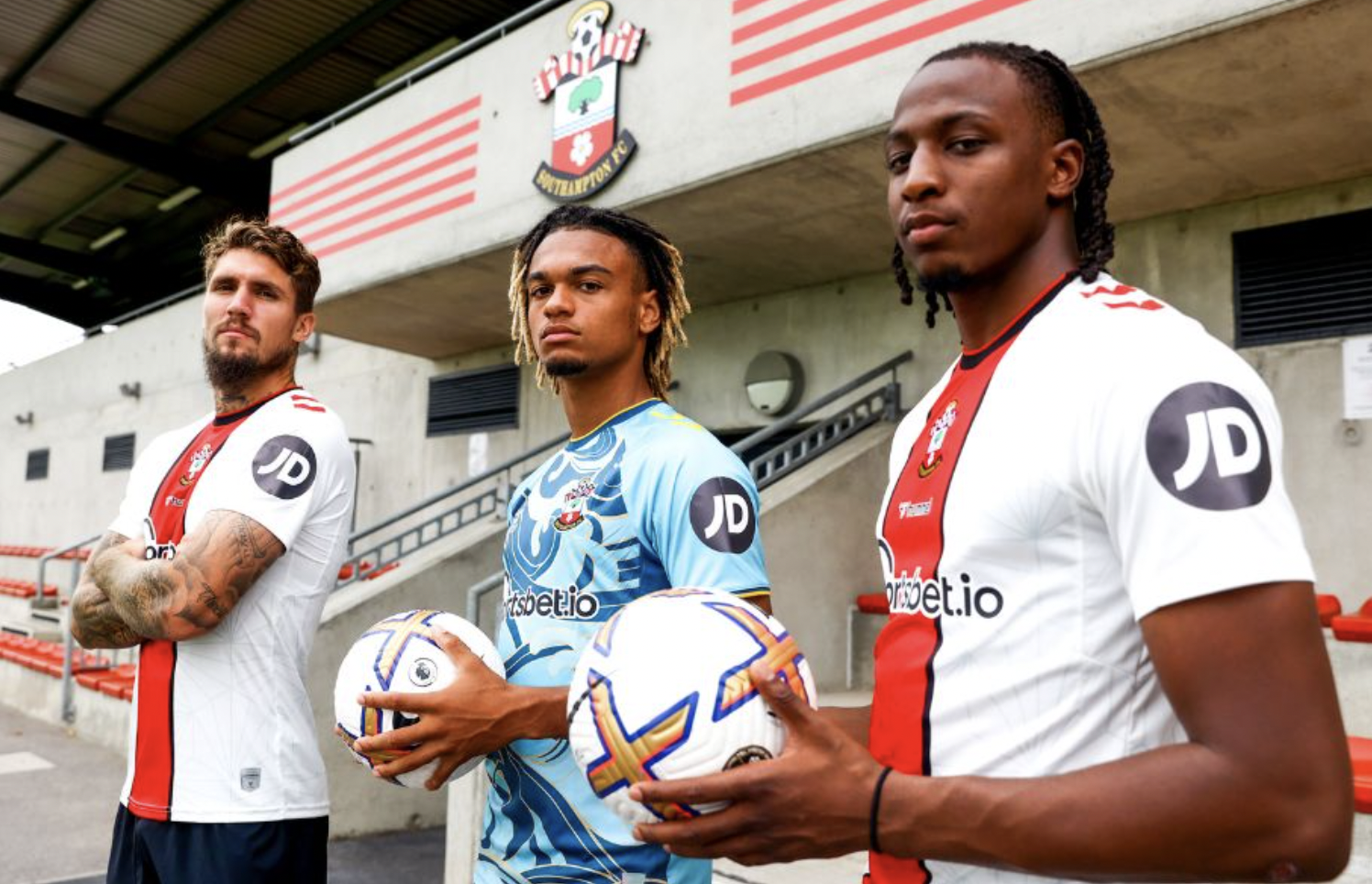 August 4 – Premier League Southampton have unveiled sports leisurewear brand JD, as the club’s Official Sleeve partner in a one-year deal for the 2022/23 season.

No value was given for the deal that sees JD replace Virgin on the sleeves of the Saints’ Men’s First Team, B-Team, Under 18’s and all Academy teams. The Virgin deal was reportedly a £1.2 million per season, three-year, agreement.

“We’re delighted to welcome JD as our new sleeve sponsor. JD is one of the world’s leading retail brands, with exciting aspirations. As a leader in youth fashion, their values align perfectly with our vision of developing young talent and turning potential into excellence,” said, Sarah Batters, Southampton Football Club Partnerships and Marketing Director.

JD has previously had sleeve sponsorships with Leeds and Brighton in the Premier League, and was Norwich’s sleeve sponsor during the 2021/22 campaign. JD has expanded to more than 400 stores in the UK and into 21 countries worldwide.

“This is a really exciting partnership for JD, especially our local stores in Southampton, and we feel the Saints are a great fit to showcase the JD brand on the pitch around the world,” said Nadia Kokni, JD Global Marketing Director, who also reference the club’s successful academy talent pipeline.

“The club’s connection to the fans and the continued level of talent that the academy produces align with our brand and we are excited to be able to work together to bring this sponsorship to life,” continued Kokni.

Announced just four days before the start of the season, 2022/23 replica kits have been sold without the JD branding on the sleeves. The club have said that fans can have the logos applied either in the club shops or local JD stores.

JD Sports has also renewed an advertising partnership with Crystal Palace that will see its branding retain premium positions within Selhurst Park for the 2022/23 season.

As well as branding around the stadium, the JD logo will also have presence on the LED boards that are picked up within the Premier League’s global broadcast feed.