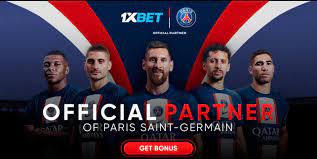 August 3 – French club Paris Saint-Germain have partnered with online betting platform 1xBet as a regional sponsor in Africa and Asia for the next three seasons.

The terms of the deal were not disclosed but will be extended to other regions after the first season of the partnership.

1xBet is a Russian betting operator that moved its headquarters to Cyprus. Via franchise partners, the operator has operations in more than 20 countries.

“1xBet is well established in continents where the club has a great many supporters. 1xBet is an ambitious stakeholder in the world of online sports betting and, by collaborating with Paris St-Germain, hopes to consolidate its position as a leader in many countries,” said PSG chief partnerships officer Marc Armstrong.

The deal however is controversial. 1XBet has been kicked out of the United Kingdom following an investigation by the Sunday Times and can’t legally operate in France.

The betting operator has a large portfolio in the game. It’s a global partner of FC Barcelona in Spain and the official bookmaker of Italy’s Serie A. 1xBet was also a sponsor of the 2021 Africa Cup of Nations.