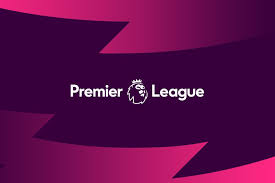 August 5 – Premier League players and staff will have to undergo mandatory sexual consent training in an attempt to put an end to a seemingly never-ending series of high-profile cases in England investigated by the police.

The decision to mandate the training comes out of The Sheldon report, an independent review into historical child sexual abuse in football, which found “significant institutional failings” by the English FA – particularly in the protection of children.

This summer another high profile Premier League player from a north London club has come under police investigation for alleged rape, while the multiple rape allegations against Manchester City star Benjamin Mendy is making its way throught the court system.

The “announcement is a long overdue and important first step in the right direction,” said End Violence Against Women Coalition director Andrea Simon.

“Gender-based violence is a pervasive and systemic issue that must be addressed across the football industry as a whole, with urgent and coordinated action.”

The training sessions players will go through will address healthy, respectful relationships and include understanding harassment and consent.

Simon’s comment that this must only be a ‘first step’ is echoed by pressure groups and individuals across English society.

A coalition of women’s groups sent an open letter to the FA and Premier League in February calling on them “to confront a culture of gender-based violence”. The problem within the Premier League has been well-known for a long time with little done to address it. Campaigners say that although this new training is a real step forward, more needs to be done.

“Football’s reputation has been blighted for far too long by sexual abuse and assault scandals. The Barry Bennell case exposed not just his depravity but the game’s failure to protect its players, and how its ethos could be debased to allow those to abuse to do so with impunity. There have been of course very high-profile cases involving premier league players accused of serious sexual assaults on young women, and what has emerged is a sense of entitlement and a disregard, or lack of appreciation, for what is acceptable personal behaviour,” said Collins.

He says that there is a misunderstanding in football in particular, but also more generally in society, over what constitutes sexual consent.

“We often hear in defence of an allegation of a sexual assault; ‘I thought (s)he was enjoying it’; or ‘he/she never said “no’”, but this just highlights the lack of appreciation of what consent means in reality,” said Collins.

“The law is clear in that those taking part in the sexual activity must have given unfettered and informed consent to all aspects. Human nature being what it is means that we cannot simply rely on perception, and what comes to mind are those cases where after post-match parties, players have had what they thought was consensual sex, but the victims (or alleged victims) have complained otherwise. Regardless of guilt and innocence whatever took place turned very sour with potentially unpleasant consequences for all concerned.”

“Football is the national game, and the players often in a positive way are seen as role models, and so the way they conduct themselves on and off the pitch is both important for them personally, their clubs, but also for the general wellbeing of society. If they can be observed to behave responsibly in their private lives then they will be educating by example, and so that must be to the good,” he concluded.