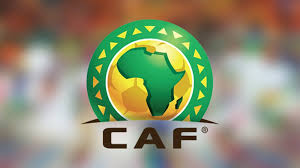 August 8 – This Wednesday club-owning CAF president Patrice Motsepe is due to unveil plans for an African Super League, to launch in August 2023, with prize money of $100 million.

Already the proposals face severe criticism from football stakeholders who say there has been no consultancy within the professional football community in Africa and that the Super League potentially threatens the whole structure of the professional game on the continent.

The South African Football Players Union (SAFPU) has issued a statement under the unequivocal heading of ‘An unworkable, ill-conceived African Super league is on the horizon’.

The statement says: “Professional football in South Africa and Africa could be at risk if the resolution to commence with the Super League is implemented and there may be no return from the wreckage that a Super League can become.”

The players’ union has not been consulted on the proposals that have been hailed as the golden ticket out of African football poverty by Motsepe and FIFA president Gianni Infantino.

SAFPU argues that as the proposal currently stands, it could dismantle the structure and eco-system of professional football on the continent, destroying the livelihood of thousands of people from players to those employed in associated businesses and service providers.

“Not understanding the work that has been undertaken to arrive at where we are, showcases the fragility of professional soccer and lack of appreciation. We must jealously guard what has been achieved. We want to and need to, move forward, but we cannot go backwards,” says SAFPU.

The comments once again show a CAF president and FIFA leadership who appear out of touch with football on the African continent as they jet around the world in their private aircraft.

“It is concerning, to say the least, that the Confederation of African Football (CAF) thinks it a clever idea to attempt to ride roughshod over these achievements to benefit very few while leaving wreckage in its wake through the Super League. SAFPU is determined to ensure that CAF’s proposals are fully scrutinised, and if necessary, to take whateversteps may be necessary to protect the rights of its members from serious and immediate risk,” says SAFPU.

Citing the abject failure of the European Super League, the players union draws on the same arguments that were heard in Europe that the fabric of domestic leagues would be dismantled and become of secondary importance “as commercial interests followed a tiny new elite at the expense and ultimate destruction, of the viability of the rest”.

SAFPU points to the lack of transparency and thought behind the Infantino/Motsepe plan that has been conceived with no detail on the clubs that would participate or consultation with the domestic leagues where those clubs currently compete.

“From a South African perspective, the minimum requirements would be the disclosure of detailed research findings on the impacts of an African Super League; a fair process of engagement, including opportunities to make representations.A fair process would have to involve, at the very least the NSL, FIFPRO Africa, and SAFPU,” said the statement.

“There is no evidence that an African Super League will benefit soccer in Africa unless benefitting the very few and while diluting the value of the professional leagues considered beneficial. The only way we can improve soccer on ourcontinent and create and protect employment opportunities, is by improving professionalism, insisting on better

CAF said in a statement announcing the Super League that “the competition will breathe new life into African club competition. Winners and participants of the inaugural African Super League will receive significant prize monies and the proceeds from the tournament will include substantial solidarity payments to all 54 CAF member associations.”

Motsepe will have to make a pretty huge reveal this Wednesday if he is to gain the confidence of the professional game in Africa for what up to this point has been pretty much a secret project. Not least among what he will need to disclose is exactly where this funding will come from.

SAFPU president Thulaganyo Gaoshubelwe is going to take a lot of convincing and has raised key questions of Motsepe and CAF that have so far not been answered. With CAF still emaciated by its failure to generate significant sponsorship or broadcast income while it is still locked in failure to settle its dispute with its former marketing agency Lagardere, its latest big idea does not come from a confidence-inspiring base of operations.

“Fundamentally we call on all stakeholders to fully apply themselves on this proposed venture which seeks to create a huge divide between the haves and the have nots. Ruining professional football on the continent it will, but why thedeafening silence?” concludes the SAPU statement.

Whatever happens on Wednesday, the silence looks about to break, in multiple directions.