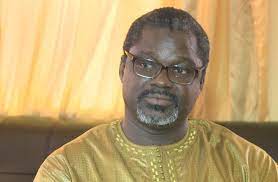 August 9 – On the eve of the Confederation of African Football (CAF) general assembly in Tanzania, Gambia’s Lamin Kaba Bajo has been elected as the president of the Wafu A.

Bajo succeeds Antonio Souare of Guinea to run the nine-member West Africa football Union Wafu Zone A, one of six regional zones on the continent. He was elected unopposed and become the first Gambian in the role.

In 2014, Bajo took charge of the Gambia Football Federation (GFF) after the federation had been suspended by FIFA due to government interference, but his election was controversial as Bajo was seen as the government’s preferred candidate. Bajo served as minister of the interior in 2012.

Under his presidency, Gambia qualified for the Africa Cup of Nations and reached the last eight earlier this year at the continental championship. He now takes charge of Wafu A, expanding the ambit of his influence.  Founded in 1975, Wafu A comprises The Gambia, Senegal, Cape Verde, Guinea Bissau, Guinea Conakry, Liberia, Sierra Leone, Mali and Mauritania.

On Wednesday, Bajo will participate in the CAF general assembly in Arusha where the confederation’s president Patrice Motsepe will launch the African Super League due to kick off in 2023.