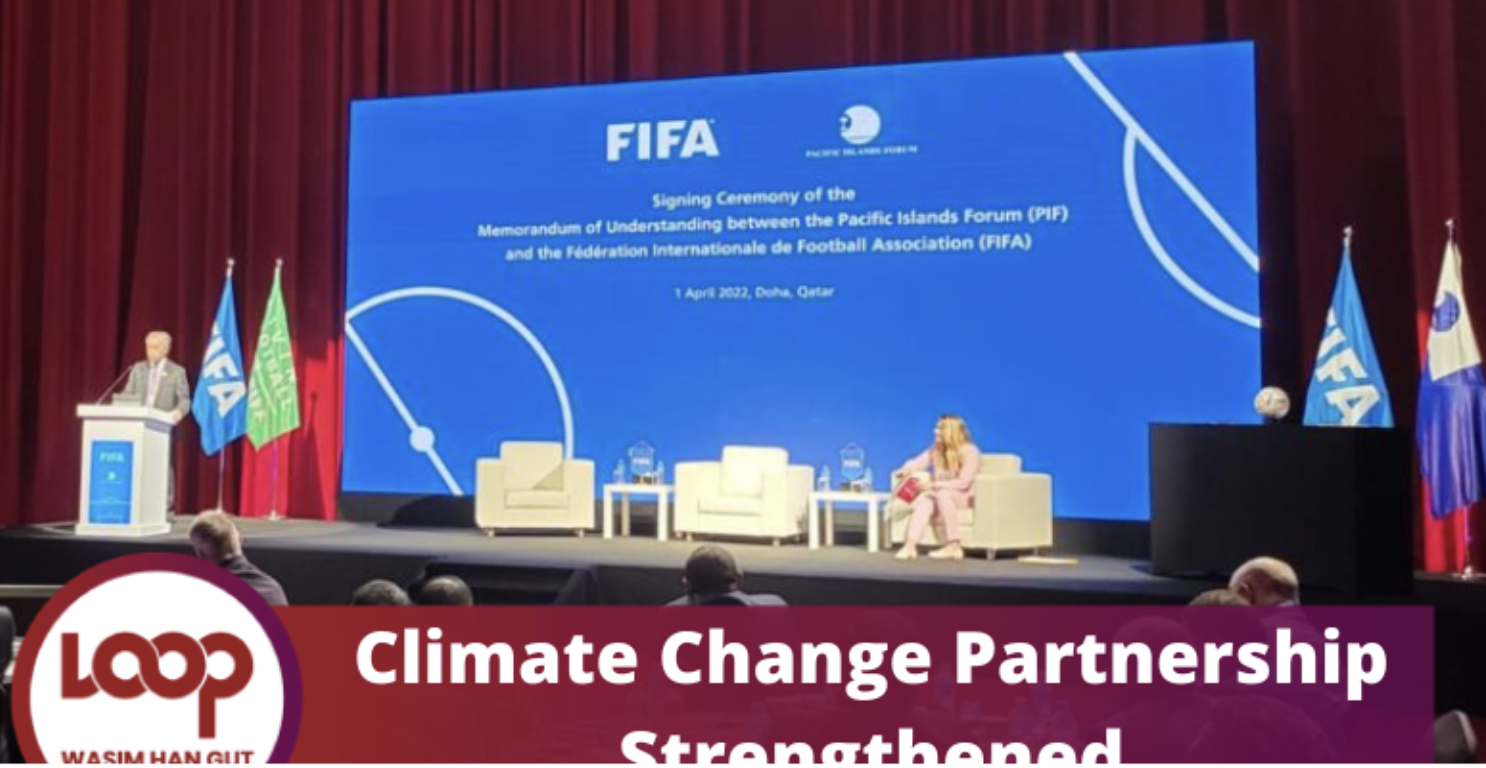 FIFA and the Pacific Islands Forum Secretariat signed two-year a Memorandum of Understanding in April focussed on climate change action and climate-proofing football infrastructure.
Now they have launched a 12-month plan to implement the climate change partnership. Key activities will include employing FIFA Legends to raise climate change awareness and adapting existing infrastructure in one of the world’s most vulnerable regions to make it more climate proof.
PIF Secretary General Henry Puna said that both FIFA and PIFS are serious about addressing the climate emergency facing the region and building the resilience of vulnerable communities.
“The Pacific region recognises that 2022 is a defining year for urgent and strong climate action – where pledges and commitments need to be translated into action,” said Puna.

FIFA president Gianni Infantino said: “Football is certainly not immune to climate change and is affected at all levels, from grassroots and amateur to elite, with the Oceania region facing a particularly high risk of climate and disaster impacts.”

“At FIFA, we also have a duty to wider society: helping to draw attention to climate change and taking action against it in one of the world’s most vulnerable regions, is one of the best ways we can use football’s power and popularity to have a positive impact.”