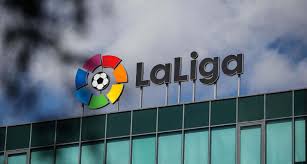 August 10 – Ahead of the LaLiga’s kick off on Friday the Spanish have been unveiling a series of new and renewed sponsor partners.

The Marqués del Atrio winery has renewed as the exclusive official wine of LaLiga Santander and LaLiga SmartBank, while the automotive brand Nissan has signed a partnership agreement for its e-POWER technology until June 2023.

Meanwhile in Latin America, LaLiga has completed a nine-country regional deal with property and casualty insurerChubb.

The Marques del Atrio wine label – now in its sixth year with LaLiga – will feature the 20 crests of the clubs in the top tier for the 2022/2023 season.

Eduardo Peña (Marketing Director) of the Marqués del Atrio winery, said: “This agreement demonstrates the commitment to quality that both organisations strive towards with the idea of offering fans of this sport values to whichthey feel committed and moments of celebration in  which  our  Marqués  del  Atrio  wine  provides  the  perfect  match.”

The deal with Nissan will see the motor manufacturer showcase its e-POWER technology.

The brand will be linking its name to certain matches, players of the week, and other initiatives.

Javier Tebas, president of LaLiga, said: “Nissan, like LaLiga, is a brand that strives to improve and constantly seeks to optimise everything it does. For this reason, we have partnered with them, as we share values that make us leadingnational and international brands”.

The regional Latin American sponsorship with Chubb will activate in the nine countries where it is present.

The Chubb Seguros brand will have visibility throughout the season with a series of in-person, broadcast and digital activations for clients, distribution partners and employees.

Óscar Mayo, Executive Director of LaLiga, said: “For us it is essential to associate with companies like Chubb, global leaders in their segment and reference of excellence… Football moves masses, especially in the region where it is themost popular sport and this agreement is very important, since it represents one of the first sponsorship agreements thatwe reached at a regional level for all of Latin America.”