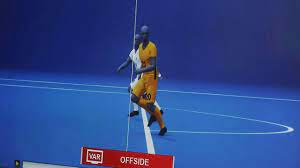 August 10 – In a move that could revolutionise the game in terms of key on-field calls, semi-automated technology (SAOT) to speed up the time taken to reach offside decisions will be used in European club competition for the first time at the UEFA Super Cup tonight.

VAR has been heavily criticised for being too time consuming and inaccurate and the system is therefore being revamped with the introduction of SAOT which was successfully trialled at last season’s Arab Cup and Club World Cup and is being used at the World Cup in Qatar.

In contrast to the old VAR system, where decisions are made using broadcast cameras, semi-automated offside monitors a player’s exact position by using specialised cameras, which are able to track 29 different body points.