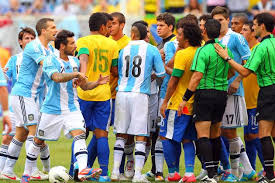 August 11 – Brazil is refusing to play its suspended World Cup qualifying match against Argentina scheduled for next month, arguing the risks are too great ahead of the finals in Qatar.

Even though it is a meaningless fixture, in May FIFA ruled the game will have to be replayed after rejecting appeals from both national federations. The September 2021, clash in Sao Paolo had to be called off amid on-field chaos caused by pandemic rule breaches. In bizarre scenes, Brazilian health officials came on to the pitch minutes after kick-off to dispute the quarantine status of several Argentina players.

Both countries had already easily qualified for the World Cup finals as the top two teams in the 10-nation South American group. But FIFA fined the pair of them and demanded the match take place. The two great rivals took the case to the Court for Arbitration of Sport, which is expected to rule later in August.

Brazil coach Tite said going ahead was too risky in terms of possible injuries and suspensions and Brazilian federation president Ednaldo Rodrigues commented: “We will reach out to FIFA so this match is not played. I will make every effort to answer to the request of our coaching staff.”

“Our priority is to win the World Cup in Qatar. If this match is not recommended by the coaching staff of the Selecao, we will work for it not to be played.”