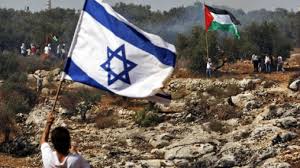 August 11 – Yet another controversy has broken out over how disputed territories are being identified in World Cup official documentation.

In June it was revealed that Taiwan was listed as ‘Taiwan, Province of China’ for visitors applying from that country for an identification card that doubles as an entry visa for Qatar, enraging Taiwan’s government and many of its citizens.

The Qatari authorities quickly rectified the situation but now what appears to be an official FIFA World Cup hospitality website offering packages for the finals is reported to have excluded  Israel from its Asia and Middle section, instead referring to ‘Palestinian Territory, Occupied’ in its dropdown menu.

Israel, a member of UEFA, is not listed in the section for Europe either. Essentially it prevents Israelis from buying packages to the finals.

In June, Israel announced that Israeli citizens had been granted permission to visit Qatar for the World Cup, despite the two nations having no formal diplomatic relations.