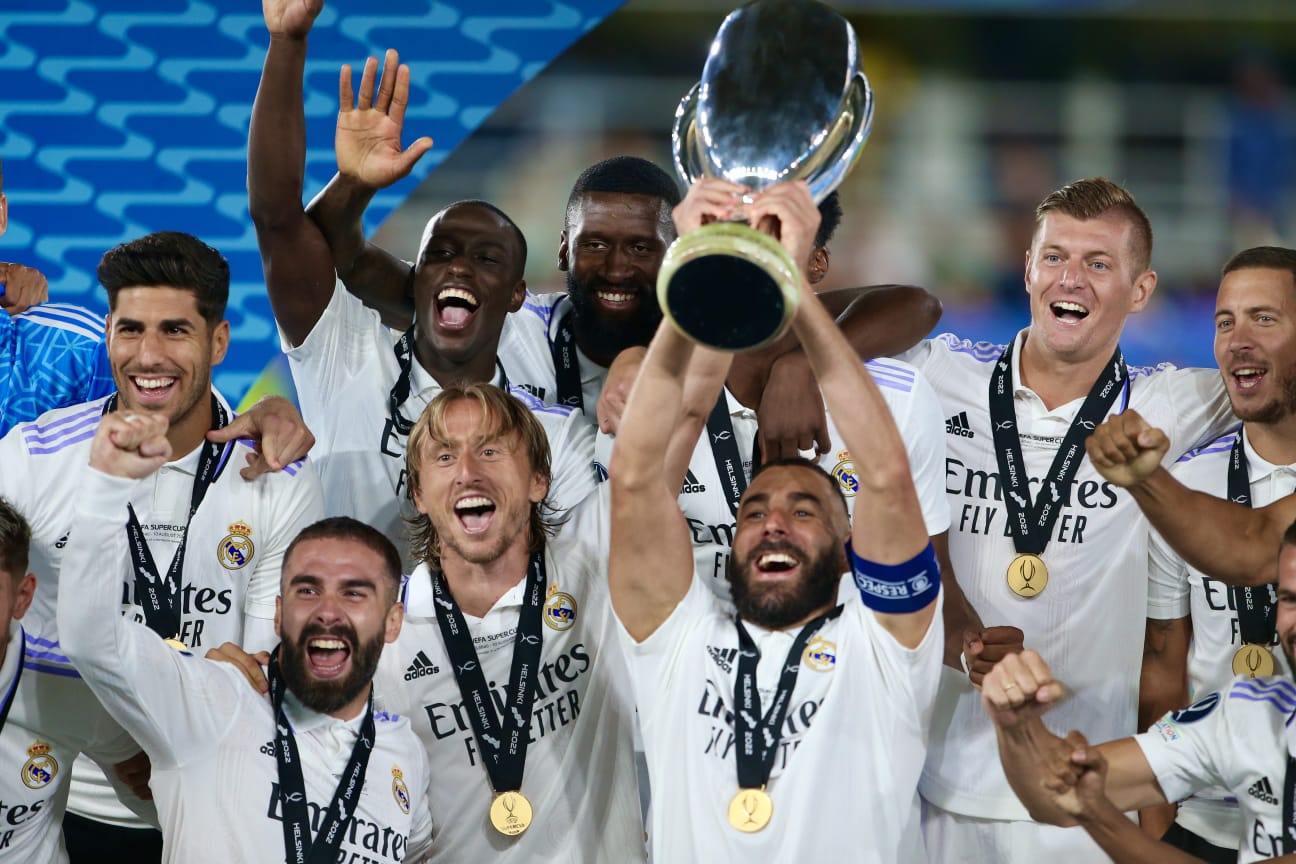 By Samindra Kunti in Helsinki

August 11 – In imperious form, Real Madrid kick-started the European club season with a routine 2-0 victory against Eintracht Frankfurt to clinch a fifth continental Super Cup and make a statement ahead of the Champions League.

Not that Frankfurt were without quality. The club conquered the Europa League last season, eliminating both FC Barcelona and West Ham United and defeated Rangers on penalties in the competition’s showpiece match. The Germans have kept their squad largely together and can look forward to Champions League football in September. It’s just that when playing against the big boys team spirit, organisation and a boisterous fan base might not be enough.

Madrid, yet again, showed what it takes to win. In the 37th minute, David Alaba opened the score with a simple tap-in after Madrid’s pressure had been building.

“We didn’t need this game to reaffirm and know that we have a serious, motivated team,” commented Real Madrid coach Carlo Ancelotti at a news conference.

“After the first goal from Alaba, we controlled the match well. We have to highlight that at the back we are very solid. We haven’t conceded in the last three finals we played.” 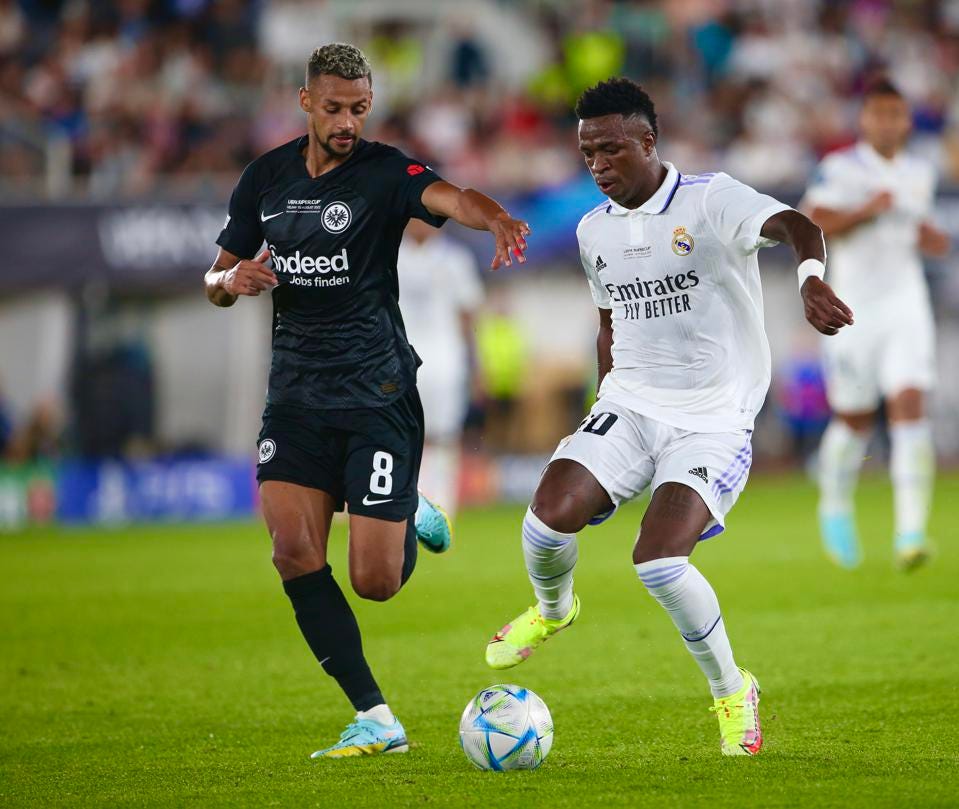 After the break, Courtois, less tested by the Frankfurt strikers, protected his clean sheet. It was the inevitable Benzema who got a second for Madrid to put the game out of the Germans’ reach and maintain their proud record of not having been defeated in a European club final since 1981.

Ancelotti showered his striker with praise: “Benzema was really important to win the Champions League. He scored three goals against City, Chelsea and PSG. No doubt that he is at this moment the best.”

In the last decade, Madrid have been the best team in Europe. Their latest win in Helsinki leaves little doubt that they could well be top contenders again when the Champions League kicks off in September.