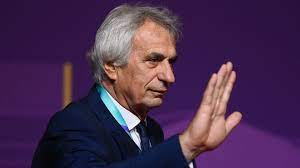 August 12 – Morocco have sacked national team coach Vahid Halilhodzic three months before the World Cup in Qatar – the third time the Bosnian has just missed out on football’s showpiece event.

Halilhodzic was fired as Ivory Coast head coach four months before the 2010 tournament and by Japan two months before Russia 2018.

Although he helped Morocco secure their place in Qatar with an unbeaten qualifying run, the Moroccan FA said there were clashes over how the national team should prepare for the finals.

“Given the differences and divergent visions between the Royal Moroccan Football Federation and national coach Vahid Halilhodzic on the best way to prepare the national football team for the Qatar 2022 World Cup, the two parties decided to separate,” the federation said in a statement.

Halilhodzic’s possible departure was in part prompted by a poor display at January’s Africa Cup of Nations finals and, in particular, his fall out with star midfielder Hakim Ziyech who decided to retire from international football as a result, only for federation president Fouzi Lekjaa to subsequently announce the door was open for Ziyech to return.

Last year Halilhodzic accused the Chelsea player of feigning injury to miss out on friendly matches and left him out of the World Cup qualifying campaign and the Cup of Nations finals.

But Lekjaa has been pressing for a return of the Dutch-born midfielder amid a public outcry at his absence, putting the federation boss at odds with his coach, who was appointed to the Morocco job three years ago.