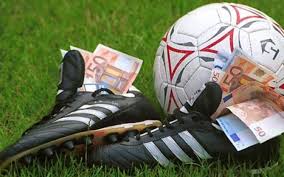 August 12 – The threat of match-fixing is still hanging heavy over football with a new report finding that levels have not been reduced over the past two years and that top tier leagues and international matches are increasingly threatened.

This figure represents 0.45% of a total of 18,845 football matches analysed by SIS during the period.

Of that figure 31% of suspect games (26 matches) took place in top-level domestic competitions. Most concerning for confederations is that the threat of match-fixing in international football has not been eradicated, with 12 of the matches (14%) being international fixtures –  categorised by SIS as “matches that do not fall within a specific country in any of the prescribed confederation regions, such as international fixtures, cross-border club competitions, and all club team friendly matches.”

Only five of the matches identified were non-competitive friendlies.

Affy Sheikh, head of Starlizard Integrity Services, said: “These statistics provide an insight into the extent of suspected match-fixing in football – and underline the need for greater diligence in combatting the ever-present threat of match manipulation in the sport. The rate of suspected match manipulations in football in the first half of this year is consistent with that of the two previous years.

The 84 matches were played in 30 different countries with Europe presenting the biggest problems.

A total of 41 of the suspicious matches (49%) were played in UEFA’s region, with a further 21 matches (25%) taking place in the Asian confederation region.

SIS categorise matches as “suspicious” when they are found to have suspect betting patterns associated with them that may be indicative of match-fixing. SIS says that all matches so identified would warrant further investigation.

“It is deeply worrying to see top-level domestic competitions featuring so prominently amongst these suspicious matches, which perhaps dispels the common misconception that match manipulation tends to occur only in the lower leagues. This latest data serves as a reminder that a committed and concerted effort needs to be made if we are to make a tangible impact on the problem of match-fixing,” said Sheikh.