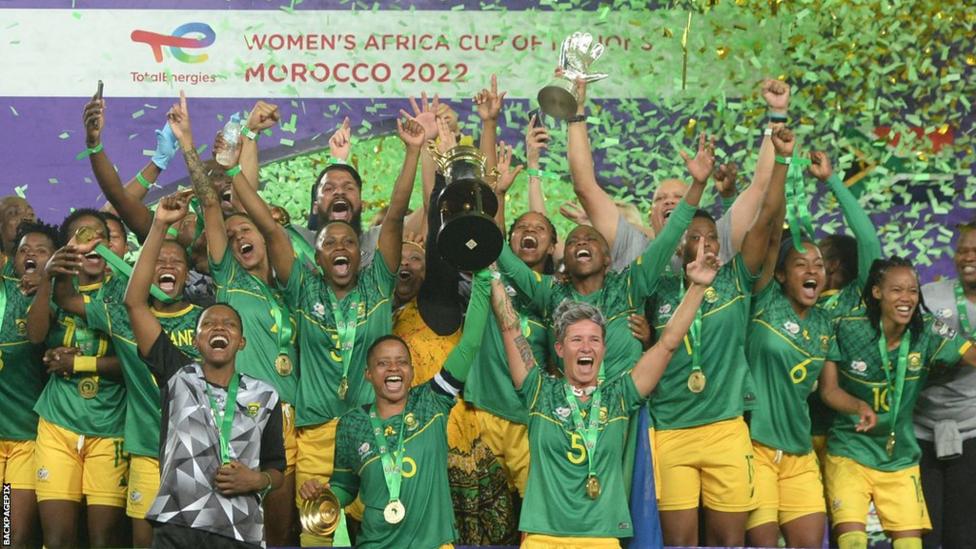 At the recent Women’s Africa Cup of Nations, the South Africans won a maiden continental title after having previously finished runner-up twice. They defeated hosts Morocco 2-1 in the final and SAFA promised a bonus of 400,000 Rand ($24,500) for every player. However, doubts arose over SAFA’s commitment before SAFA president Jordaan (pictured) confirmed in a press conference that the governing body had wired the reward to all the players.

Jordaan also confirmed that a bonus would be extended to the technical staff.

The country’s sports minister Nathi Mthethwa has also promised a bonus of 5.8 million Rand ($353,86) but that reward has not yet been distributed.

“Anyone who says that is misleading you; it is a societal creation and therefore, we must work together to address this disparity between men and women in sport.

“On the African continent, Sierra Leone became the first African country to pay men and women the same after the agreement with the government and Sierra Leone football.”