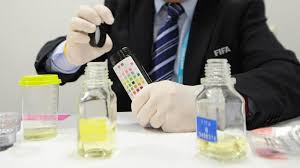 August 16 – FIFA has meted out four-year doping bans to two international players who tested positive for banned substances during qualifying for this year’s World Cup.

El Salvador forward Erick Alejandro Rivera tested positive for clostebol – a synthetic derivative of a muscle-building steroid that the body naturally produces in larger amounts in men than women – following after a 3-0 loss to Canada on September 8, while Sabri Ali Mohamed of Djibouti failed a testosterone test following a 4-0 defeat to Algeria on November 12.

Both countries failed to qualify for this year’s tournament in Qatar.

The two players had already been provisionally suspended. Rivera is banned from all matches until October 5, 2025 and Mohamed until January 11, 2026.

Reports suggest Rivera’s contract with his club Santa Tecla is also expected to be terminated.