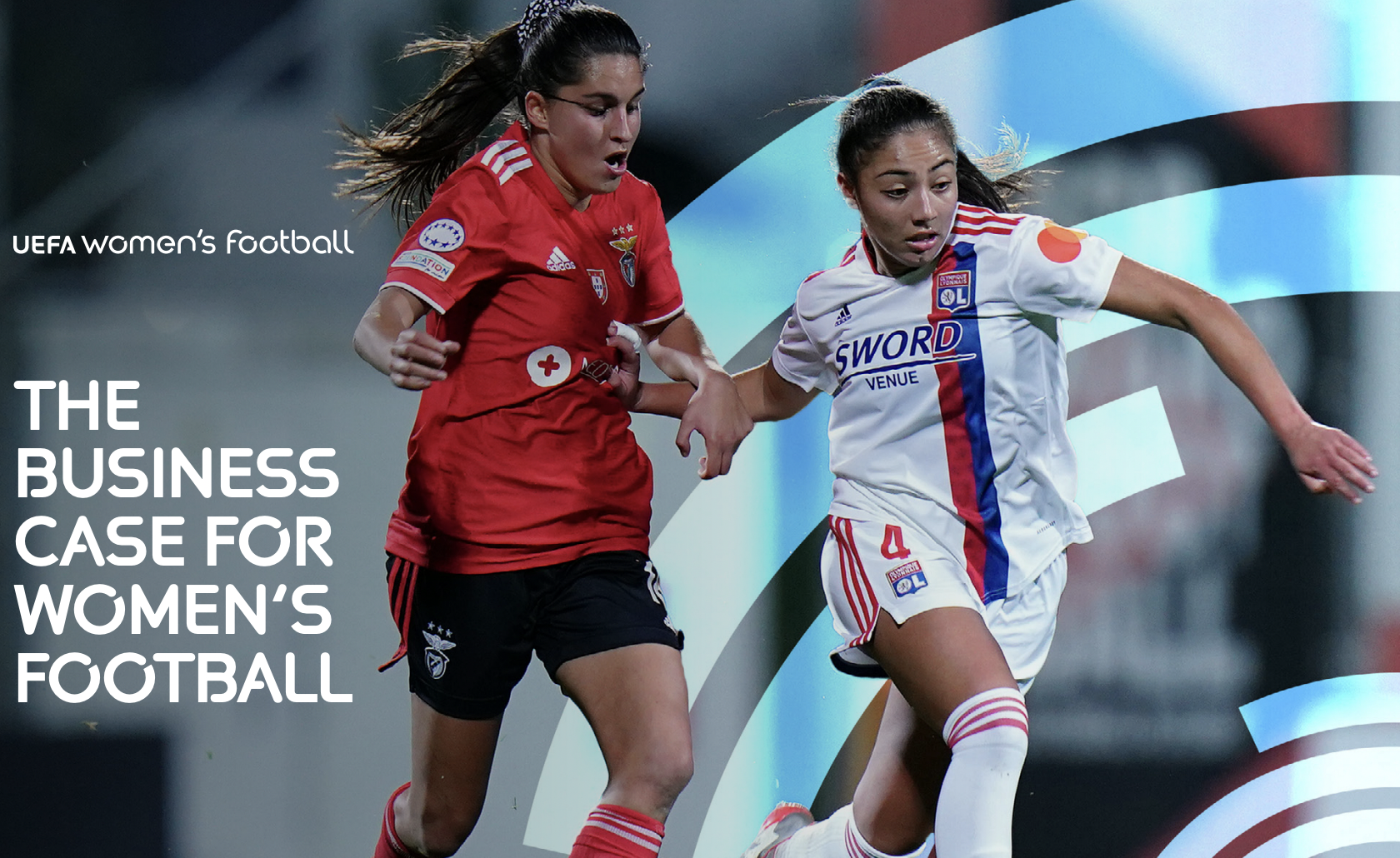 August 16 – A UEFA report into the potential for the women’s club and league game in Europe finds there could be a six-fold increase in commercial value to €686 million by 2033.

The report, titled The Business Case for Women’s Football, highlights the potential for growth in the women’s club game over the next decade, and comes off the back of a record-breaking UEFA Women’s EURO 2022.

The report is the result of consultation with 42 leagues, 162 clubs, ECA and 11 commercial partners, as well as 30 in-depth interviews with top executives and consumer research across 14 markets and more than 20,000 individuals.

“Investors now have a unique opportunity to contribute towards the further development of the game. The Business Case for Women’s Football provides justification for that investment to all interested stakeholders,” said UEFA.

It report’s aim is to provide a guide for stakeholder investment in developing the game, providing them with detail on the benefits increased investment can bring and guidance on how to maximise return on investment.

Giorgio Marchetti, UEFA Deputy General Secretary & Director of Football Division, said: “The Business Case for Women’s Football is a very ambitious project that has been developed in partnership with representatives from all football stakeholders …This report provides all of our stakeholders with a clear understanding of the benefits of investing in the women’s game, and provides them with clear rationale for increasing that investment.”

Outlining the potential for investors, the report identifies the potential of reaching an annual value of €686 million with club sponsorship set to increase to €295 million by 2033. It also identifies a growth in the fan base from 144 million to 328 million fans over the next 10 years.

This creates a “clear investment opportunity for leagues, clubs, brands and broadcasters to meet the increasing expectations of society”, said UEFA.

The report has more than 20 recommendations to “support stakeholders in developing the women’s game and maximising return on investment”. The recommendations are grouped into five key themes:

Nadine Kessler, UEFA Chief of Women’s Football, said: “Women’s football is on an incredibly exciting trajectory, with growth being seen across nearly every metric and across all of our stakeholders across Europe. The potential of the women’s game is limitless…  As this report shows, now is the time to capitalise on the momentum we have created together, now is the time to get involved, now is the time to invest.”