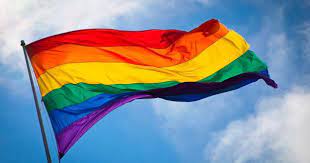 August 17 – German FA boss Bern Neuendorf has promised to raise the concerns of the LGBT community and their travelling supporters to organisers of the World Cup in Qatar, where same-sex relations remain a criminal offence.

Neuendorf and Thomas Hitzlsperger, the DFB ambassador for diversity, met with five groups from the LGBTIQ+ community in Frankfurt.

“We don’t necessarily expect the best World Cup of all time, but certainly the most controversial,” said Neuendorf.

“The DFB has repeatedly created visibility for the topic of sexual and gender diversity, most recently by liberalizing the right to play for trans and intersex people and participating in Christopher Street Day in Frankfurt. It is important that we exchange ideas, today and also future.”

The participating groups have all advised members of the LGBTIQ+ community to not travel to Qatar for the World Cup.

Sven Kistner from the Spokesperson’s Council of Queer Football Fan Clubs said: “A slogan like ‘Everyone’s welcome’ sounds good at first, but when it is then said that you have to respect the culture in the country, everything is called into question again.”

Local organisers have always stressed that all football fans will be welcome during the four-week finals, irrespective of gender, race, ethnicity and sexual orientation, but that visitors must respect the culture of Qatar. In 2020, organisers said that fans would be allowed to wave the rainbow flag at World Cup venues.

In April, however, Major General Abdulaziz Abdullah Al Ansari, a senior Interior Ministry official charged with security for the football tournament, said that rainbow flags may be confiscated from prospective visitors “for their protection”.

Al Ansari added: “Reserve the room together, sleep together — this is something that’s not in our concern.”

Last May, the Emir of Qatar, Sheikh Tamim bin Hamad al-Thani responded to a question about the rights of LGBT visitors by repeating that, “We [Qatar] welcome everybody, but we also expect and want people to respect our culture.”