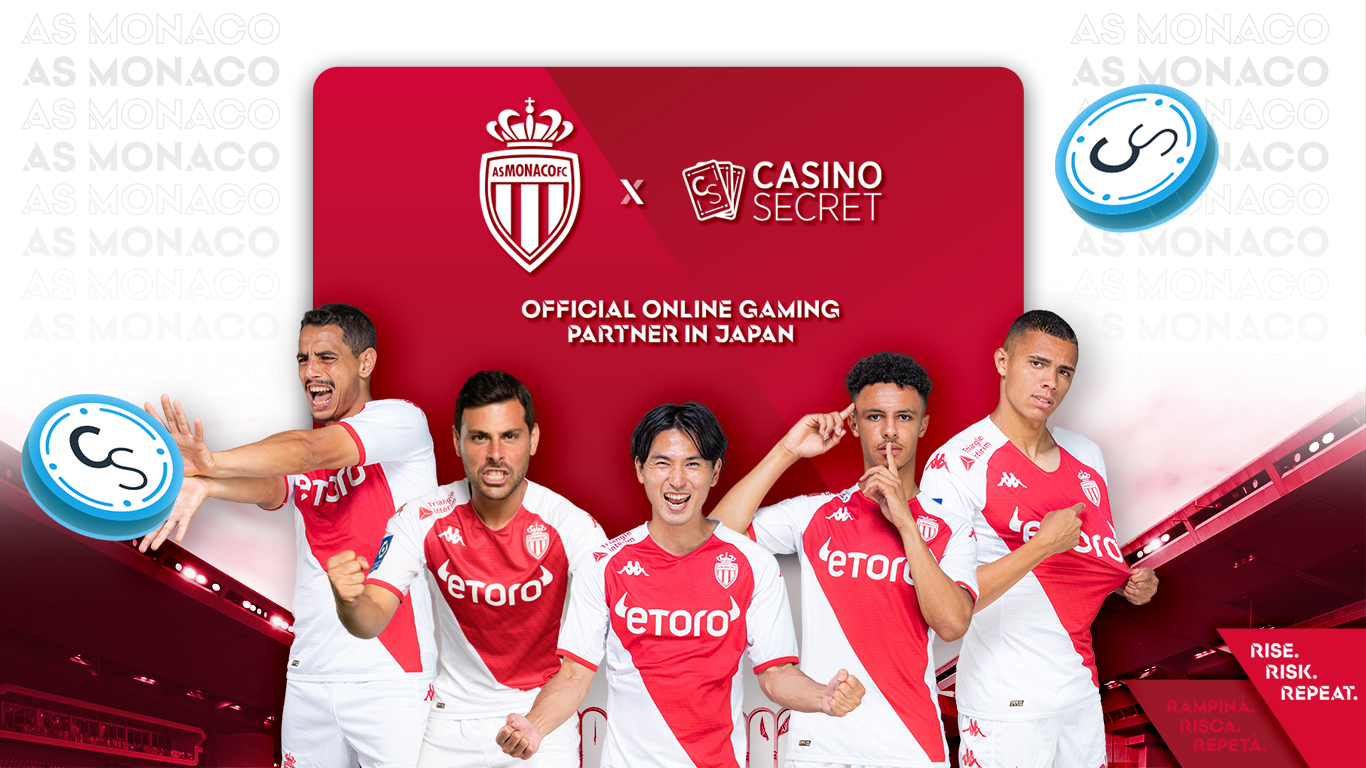 August 17 – Building on the signing of Japanese striker Takumi Minamino, AS Monaco have unveiled a regional partnership with Casino Secret, who become the club’s new Official Online Gaming Partner in Japan.

Monaco have been immersing themselves in the Japanese market, having launched a Japanese Twitter account a few weeks ago. ]

No value was given for the Casino Secret deal which will last for an initial two seasons. Casino Secret is one of the fastest growing and online casinos in Japan, said the club.

Jean-Emmanuel de Witt, AS Monaco CEO, said: “AS Monaco is an iconic Ligue 1 club with a strong international dimension, and is enjoying growing interest in Japan notably due to the arrival of Takumi.

We look forward to starting this new partnership with Casino Secret to grow our presence in Japan and to provideJapanese football fans with some unique jointly created content.”

The partners will jointly launch a digital content campaign targeting the Japanese audience to mark the new partnership.

Nadir Ounissi, Casino Secret Founder and CEO, said: “Since our launch in 2018, Casino Secret brand has been growing exponentially in Japan and that has led us to win several awards voted by the community of players. In the past we worked with other partners in the football industry, now as one of the leading online gaming companies in Japan, it is logical to take a next step to associate with AS Monaco…With Takumi Minamino’s presence in the AS Monaco team, we have a great opportunity to grow our respective Japanese communities in the next two seasons.”