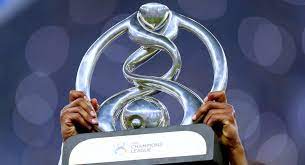 August 19 – Japan’s Vissel Kobe and Korea’s Jeonbuk Hyundai Motors qualified for the quarter finals of the AFC Champions League in Saitama, both winning hard fought ties against rivals from their domestic leagues.

The east zone AFC Champions League roared back into action in its centralised format in Japan with an all-Japan clash between Vissel Kobe and Yokohama F Marinos, and an all-Korea match-up between Daegu FC and Jeonbuk Hyundai Motors.

Vissel Kobe are currently third from bottom of the J1 standings, but overcame Marinos, the J1 league leaders, 3-2, with goals from Nanasei Iino, Daiju Sasaki and Yutaro Oda.

Marinos, managed by Kevin Muscat, had been looking to advance to the quarter-finals for the first time in the club’s history.

Extra time needed
Daegu FC and Jeonbuk Hyundai Motors went all the way to extra time in a tense match at the Urawa Komaba Stadium, before Jeonbuk secured a place in the quarter finals.

Jeonbuk’s Song Min-kyu first opened the scoring at the start of the second half, only for Zeca to equalise in the 56th minute, which pushed the game into extra time.

It looked like the game was heading for penalties when substitute Kim Jin-gyu scored in stoppage time at the end of the added 30 minutes to seal a 2-1 win for the two-time champions.

Vissel Kobe and Jeonbuk will join the winners of the today’s ties in the draw for the quarter finals, to be held tomorrow (August 20).

The two-legged Final against the West Zone semi-final winner is scheduled for February 19 and 26, 2023.