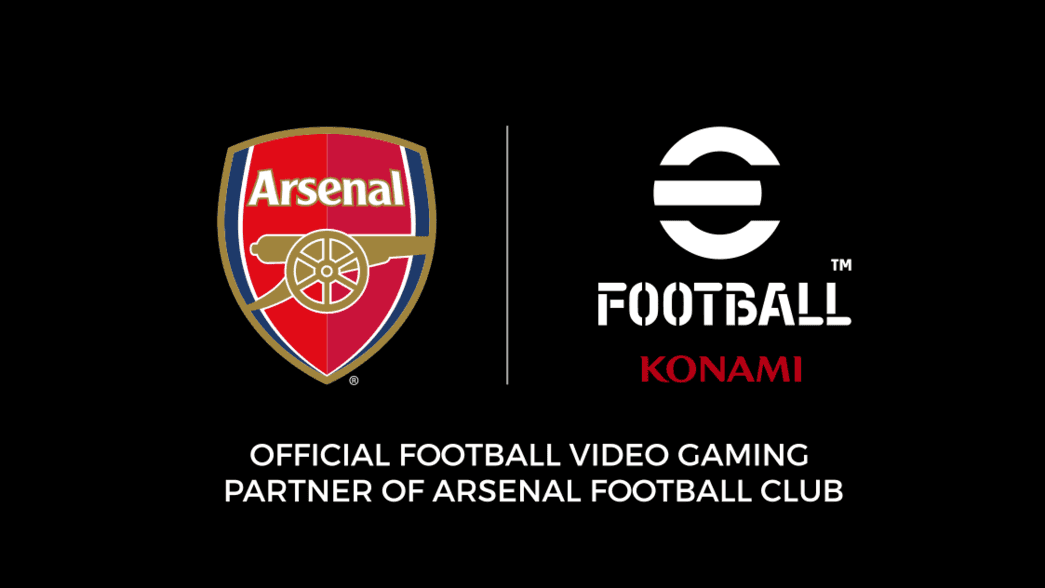 August 22 – Premier League table toppers Arsenal have extended their partnership with Konami Digital Entertainment in what the club is saying is a “long-term partnership from the 2023/23 season onwards”.

Arsenal, who first licensed Konami in 2017 as the club’s Official Football Video Gaming Partner, will continue as one of the core clubs in Konami’s eFootball game.

Club kits and the Emirates Stadium will feature in the game as well as a full set of 3D scans of Arsenal players.

As well as licensing the rights Konami will also have branding on the headrests of the seats in the home and away dugouts at Emirates Stadium. Arsenal will also continue to take part in eFootball Championship Pro series.

Arsenal Chief Commercial Officer, Juliet Slot, said: “Konami’s eFootball™ provides a unique football experience… Arsenal and Konami both aspire to be at the forefront of fan engagement. I’m excited for us to work together to strengthen our collaboration and take our partnership to a new level, building on our shared values and giving our supporters more great opportunities to connect with their club.”

Naoki Morita, Konami Digital Entertainmen’s European president, said: “It is very exciting to be announcing an extension to such a successful partnership. Arsenal are a massive club and have been a core part of our partnership roster over the past few years.

“To have secured a long-term future that will include a multitude of commercial, image, and esports rights and activations is fantastic for Konami and for the eFootball series as it keeps growing, and we strive to set football free.”