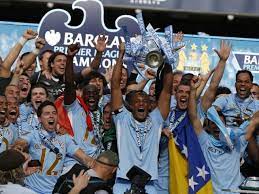 August 23 – Manchester City, Bayern Munich, PSG and Real Madrid will all retain their domestic league titles this season, according to forecasts by the CIES Football Observatory.

The only league title to change hands amongst the Big 5 leagues will be Serie A, where Inter Milan, who won the title in the 2020/21 season, will regain dominance over local rivals AC Milan who won in 2021/22.

The forecasts of the final league positions of 23 top divisions of UEFA member associations are drawn from a statistical model including teams’ performances over the two previous seasons, what the CIES describes as current players’ ‘experience capital’ and clubs’ transfer market expenditure.

Outside the Big 5 leagues, CIES says: “Sporting CP would be crowned in Portugal instead of Porto, while Fenerbahçe would overtake Trabzonspor in Turkey. Slavia Praha in the Czech Republic, Midtjylland in Denmark, Rangers in Scotland, as well as Young Boys in Switzerland are also predicted to beat previous champions.”

In terms of relegation, CIES predicts established top division clubs in danger in the Big 5 leagues as: Southampton in the Premier League; Mallorca and Cádiz in the Liga; Clermont Foot, Troyes and Angers in the Ligue 1; Hertha BSC and Bochum in the Bundesliga; as well as Salernitana in the Serie A.

To see the predictions of the 23 European league final club positions for the 2022/23 season, click here.