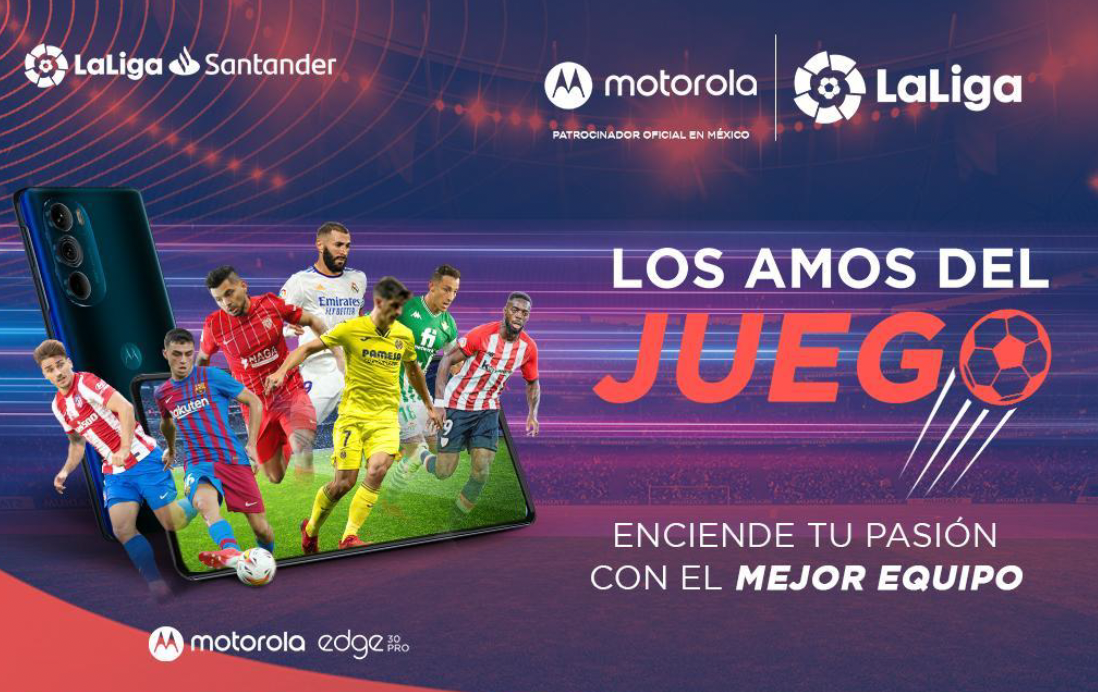 August 25 – Motorola Mexico has become the official sponsor of LaLiga for Mexico.

“This partnership aims to push the boundaries of what is possible when combining football with advanced technology, connecting fans with more engaging and immersive experiences,” said LaLiga.

LaLiga has been rapidly expanding its operations in Mexico where it has opened a production studio that produces in English and Spanish and taps into the local connections – in particular Mexican players in LaLiga – to create programming.

Last November LaLiga signed off on a new eight-season TV deal with Mexico’s Sky Sports  that has reportedly doubled in value to $70 million per year. The new agreement starts with the 2024-2025 season and will also see the Televisa-owned channel hold the rights for Central America.

The key to the new Motorola Mexico partnership will be creating “meaningful user experiences”, said LaLiga.

Boris Gartner, CEO of LaLiga North America, said: “This agreement will allow us to be even closer to our fans in this market, to share the passion of LaLiga with Motorola and to be involved in different activities to celebrate and enjoy the competition. For many years we have played with passion and shared it with the spectators; we are now proud to share it with Motorola consumers in Mexico.”

Motorola recently launched its Motorola Edge 30 Pro smartphone which has a feature built into the device that allows users to enhance all of their smartphone’s functions on a large screen.

“This partnership provides us with a leading global platform, reinforcing our commitment to deliver innovative, state- of-the-art technology to connect our consumers to their passions.” said Rodrigo Díaz, Marketing Director for MotorolaMexico.

No value or term was given for the deal.