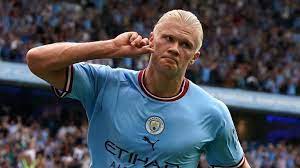 August 30 – Erling Haaland may be grabbing all the Premier League headlines, but club mate Phil Foden is one of six players born in the same year (2000) who are ranked as hotter prospects. Vinícius Júnior tops the 2000 year group.

The ranking by the CIES Football Observatory uses a new metric the CIES has devised which they are calling Impact Score. They use the method to analyse the 250 hottest prospects born in 2000 or after in 59 leagues worldwide.

“The Impact Score is calculated from the average match level in which players participated according to the ‘experience capital’ method, their amount of official game minutes played over the last 365 days and their pitch performance compared to both teammates and opponents, as well as with respect to players with the same technical profile as per the role-based approach also freshly developed by the CIES Football Observatory research team,” said the ranking compilers. 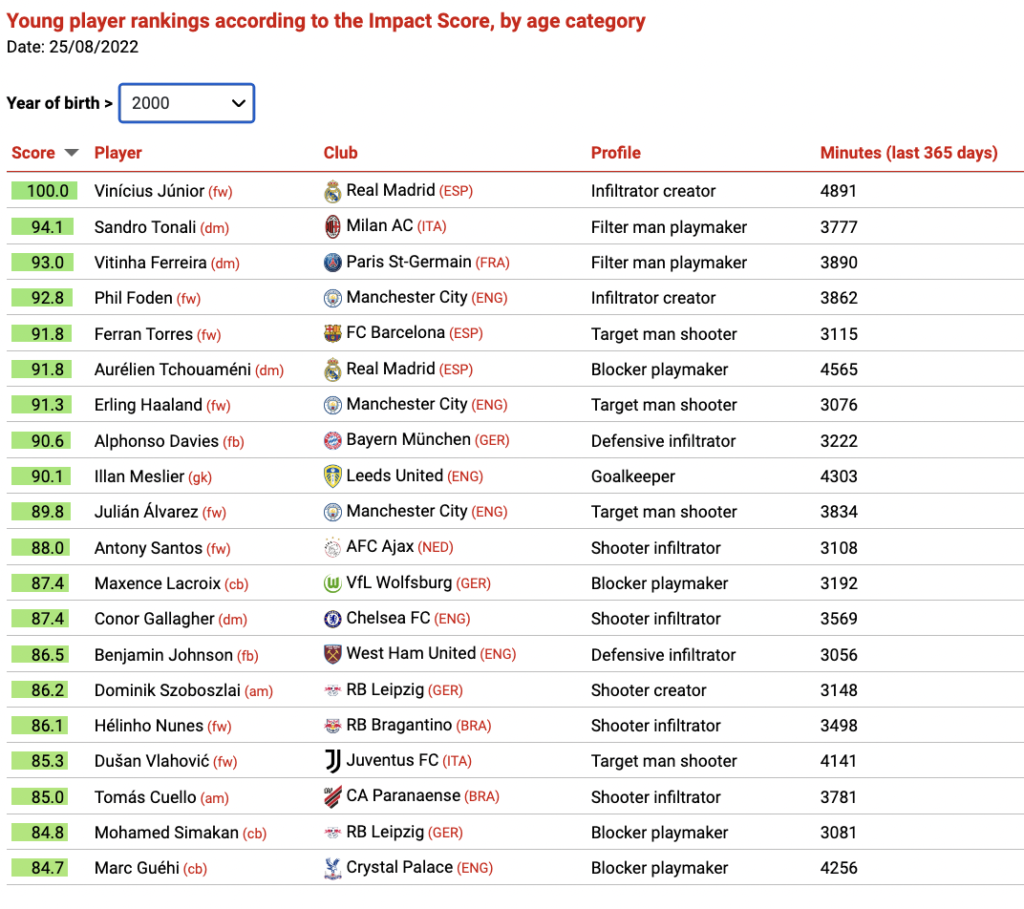 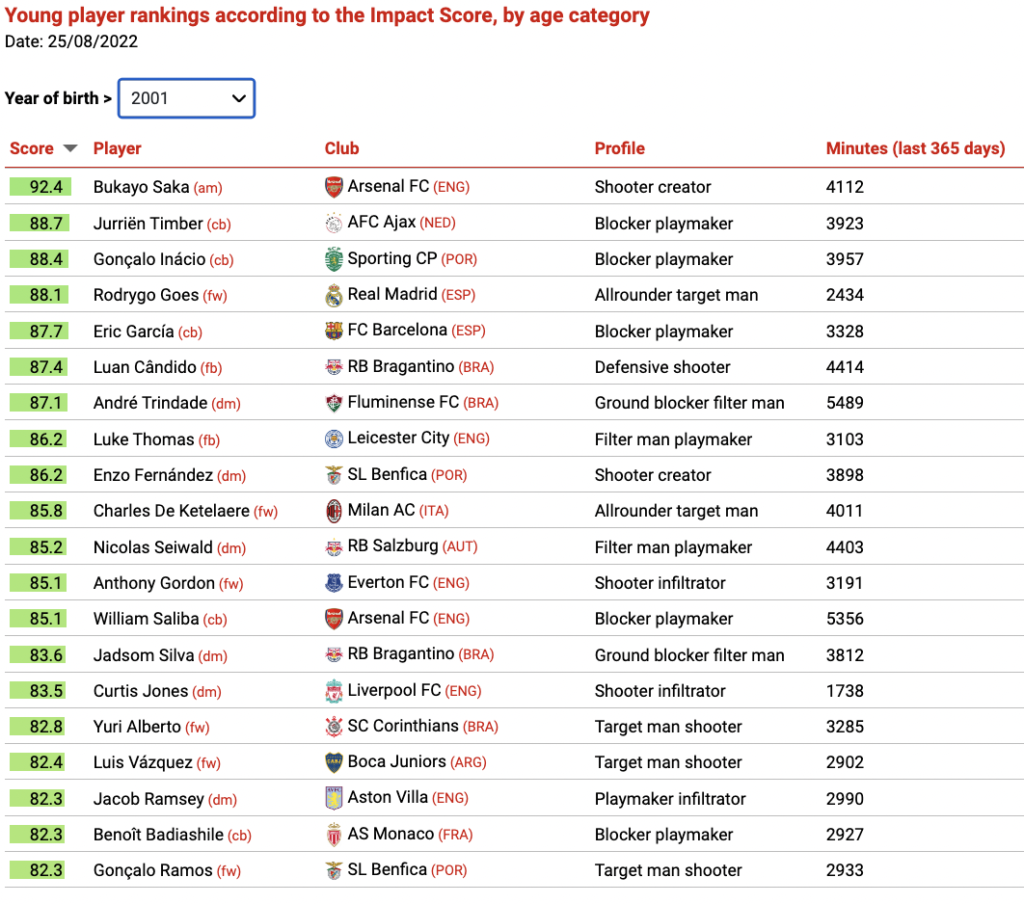 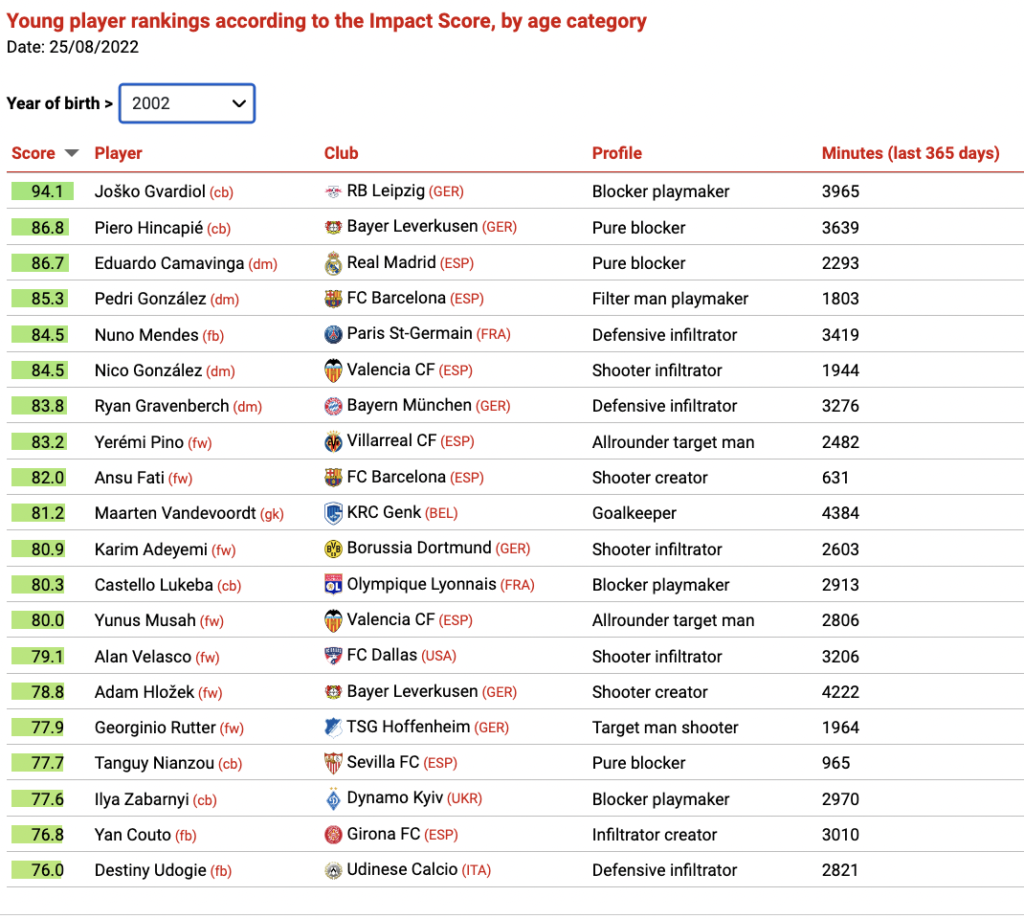 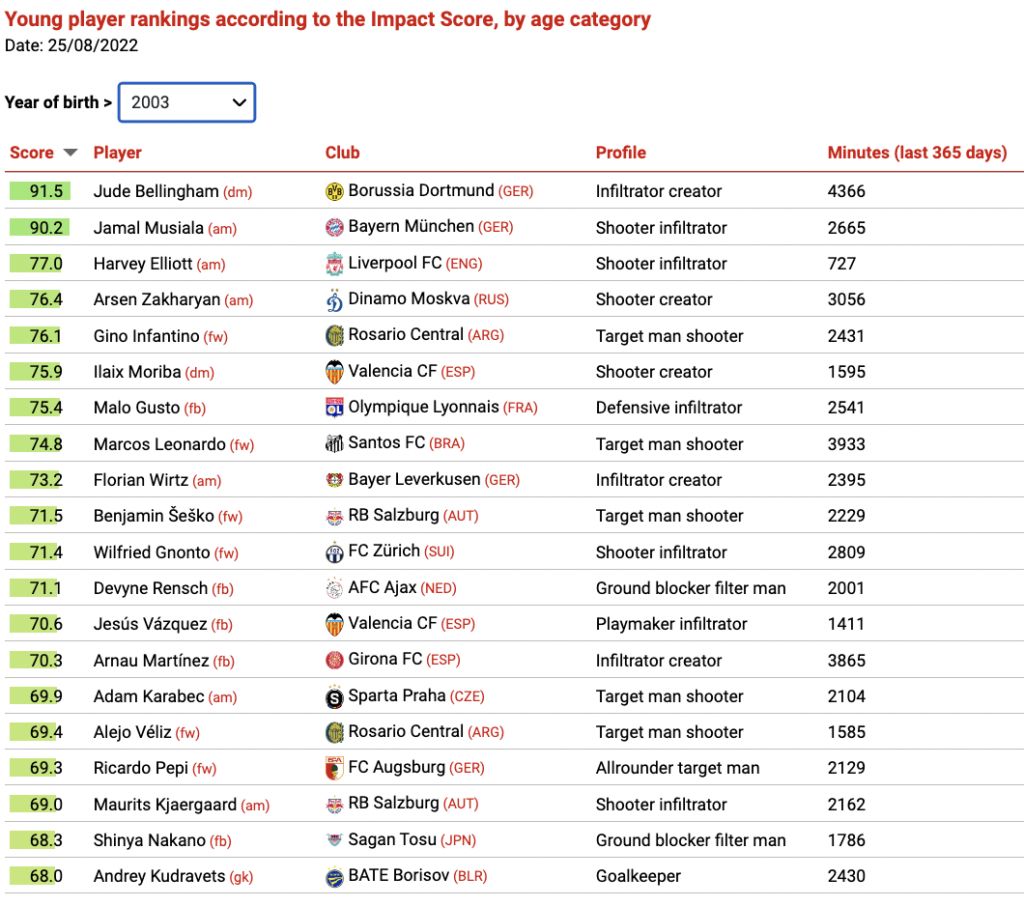 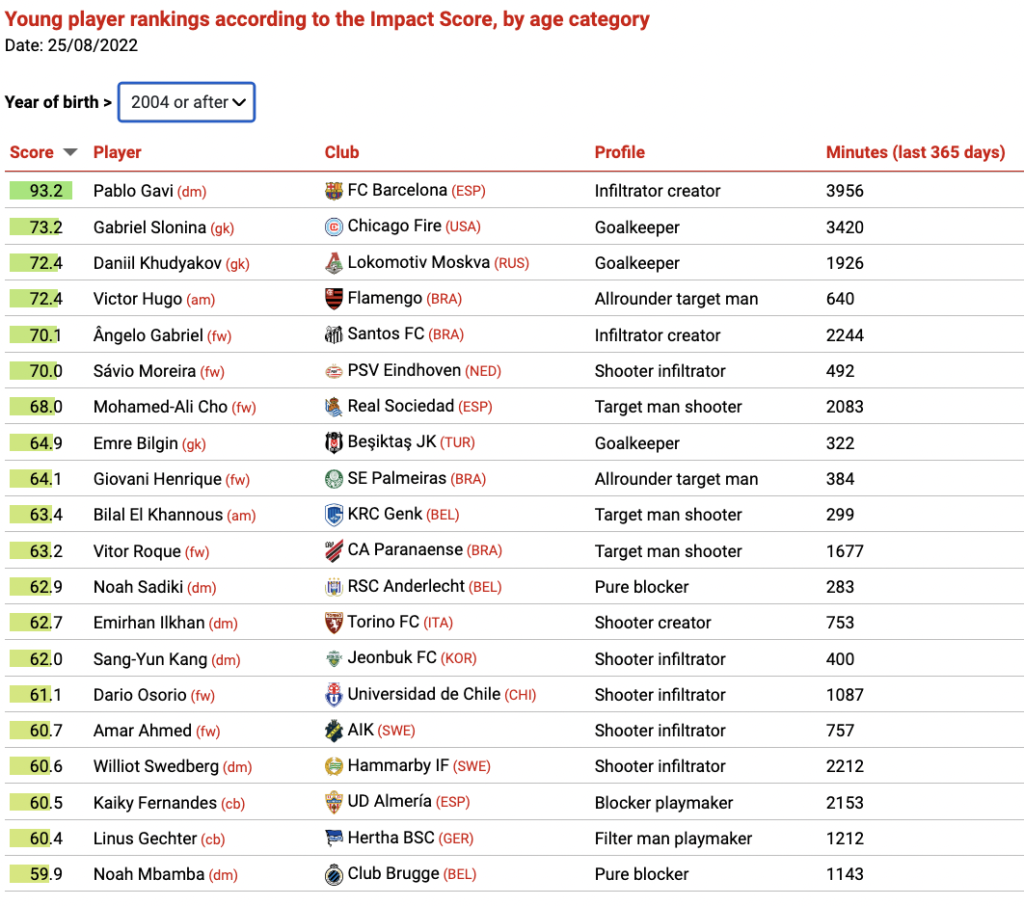