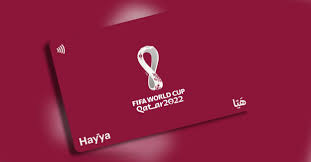 August 30 – Qatari authorities have issued 260,000 Hayya cards to date, ahead of the global finals in the Gulf country in November and December.

Executive Director of the Hayya platform at the Supreme Committee for Delivery & Legacy Saeed Al Kuwari confirmed the number in an interview with local media.

The Hayya Card will serve as a fan ID during the tournament and control entry to the state of Qatar. It will be mandatory for football fans, including GCC nationals.

The Hayya Card allows ticket holders to stay in Qatar until 23 January 2023, more than a month after the tournament. Kuwari said that it takes no time to approve Hayya Card applications.

“We have a complete team comprising about 80 people to ensure that the approval would be done on time. The given time of five days from outside and three days from Qatar is before the World Cup begins. During the tournament, however, the approval time will be made faster,” Al Kuwari said.

Local newspaper the Qatar Tribune has however reported that the Hayya Card requirement may be reviewed after the group stages, which will see the biggest influx of fans during the tournament.

“After the first 12 days of the tournament, the entry procedures would be reviewed in line with the existing situation then. The Arab world’s first-ever FIFA World Cup is expected to bring more than 1.7 million people to Qatar in those months,” said Al Kuwari.