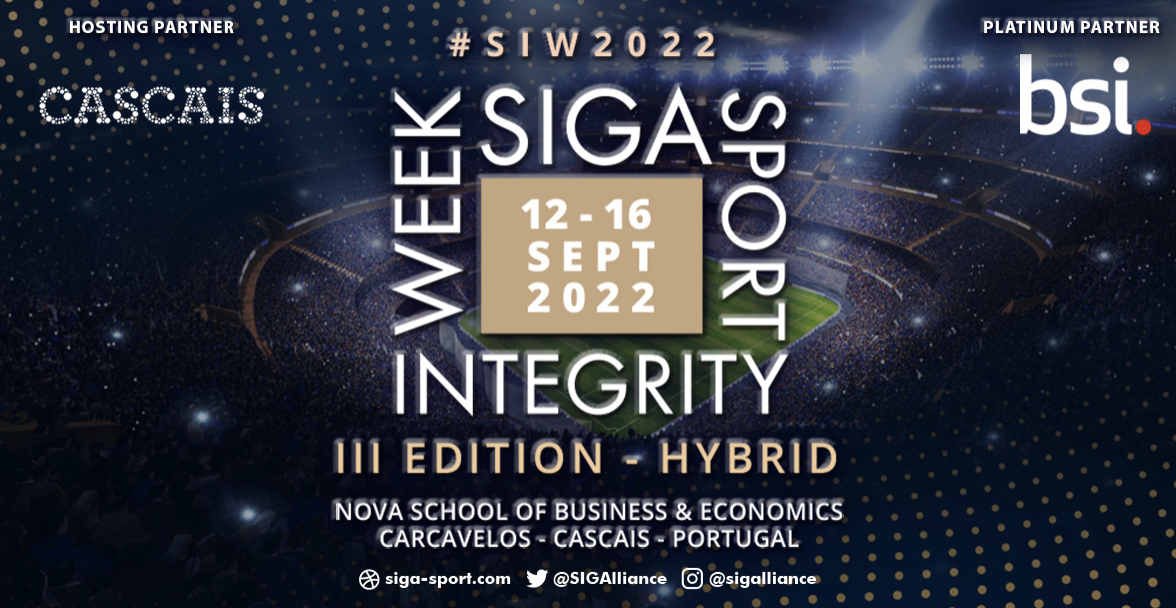 More than 100 speakers have now been announced for the event that will take place both in-person and online September 12-16.

The event will be hosted just outside Lisbon by Cascais Municipality at the NOVA SBE business school.

#SIW2022 can be attended in person, and virtually via digital streaming. To register click here.

SIGA is lining up more than 250 global leaders from the world of sport, government, international organisations, law enforcement and global business, as well as academia, civil society and media for week of key notes, panel sessions and interviews.

Topics covered will range from good governance, financial integrity and anti-corruption, to youth development and child protection, as well as sports betting integrity, tech, innovation, and sustainability, gender and race, diversity and inclusion.

For more information on speakers and sessions click here.