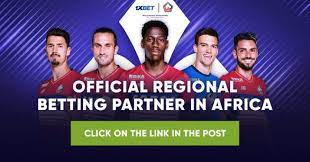 August 31 – French club Lille has partnered with 1xBet to become the club’s regional partner in Africa in a three-year agreement.

The deal also covers the Middle East. 1xBet will have the right to use the club’s logo and the collective image of its players in its promotional campaigns.

“This is great news. We are very pleased to cooperate with such a legendary club, which has a huge fanbase, not only in France but worldwide,” said Alex Sommers, a spokesman for the betting company.

“Most recently, in 2021, the club became the champions of France, which is not easy because we all know what level of opponents contest this tournament. We want to offer Les Dogues fans the opportunity to get the most vivid emotions and a new online betting experience.”

The deal is part of the betting operator’s global strategy. In recent weeks, 1xBet also partnered with Paris Saint-Germain. They are also a lead sponsor of the Confederation of African Football (CAF).

The Russian bookmaker has however been banned in the United Kingdom.