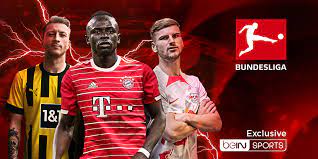 September 1 – After a gap of two seasons, Germany’s Bundesliga will return to beIN Sports screens in a three-year deal starting this weekend.

In marks a sea-change in a relationship that soured in 2020 after beIN Sports declined to renew rights to the Bundesliga in the MENA region over concerns over piracy in the region and the feeling that the Bundesliga were not doing enough to protect their rights in the face of the wholescale theft of beIN’s broadcasts by Saudi-based beoutQ.

beIN had been paying about €200 million over the course of the previous five-year deal but said the the rights were not commercially viable. No value has been given for the new deal.

beIN and the Bundesliga have put that “chapter” behind them and the Bundesliga returns to the beIN TV platform that covers 28 countries – rights are held for France, Turkey, Australia, New Zealand as well as the return to the MENA region.

It also puts the Bundesliga back alongside Europe’s biggest competitions on the beIN platform – the Premier League, LaLiga, Ligue 1 and UEFA club competitions.

beIN Sports will air all 306 Bundesliga fixtures each season as well as German Super Cup and relegation play-off matches. They coverage opens this weekend with a focus on Bayern Munich and Borussia Dortund,

Robert Klein, CEO of Bundesliga International said: “With stars such as reigning African Player of the Year Sadio Mane lighting up the league each week, we look forward to working with beIN SPORTS to deliver world class localised content and showcase the best of the Bundesliga over the next three years to the millions of football fans throughout the region, who can now follow the league as well as their favourite teams and players again.”

Mohammad Al-Subaie, CEO of beIN MENA welcomed the Bundesliga back and put the disagreements of the past behind them saying: “As one of the biggest and most significant leagues in world football, we’re proud to give German football fans the best viewing and engagement experiences, while helping German football flourish and grow…Bundesliga sits alongside the best sports products in the world, as beIN Sports continues to be the ultimate destination for football and sports fans alike.”