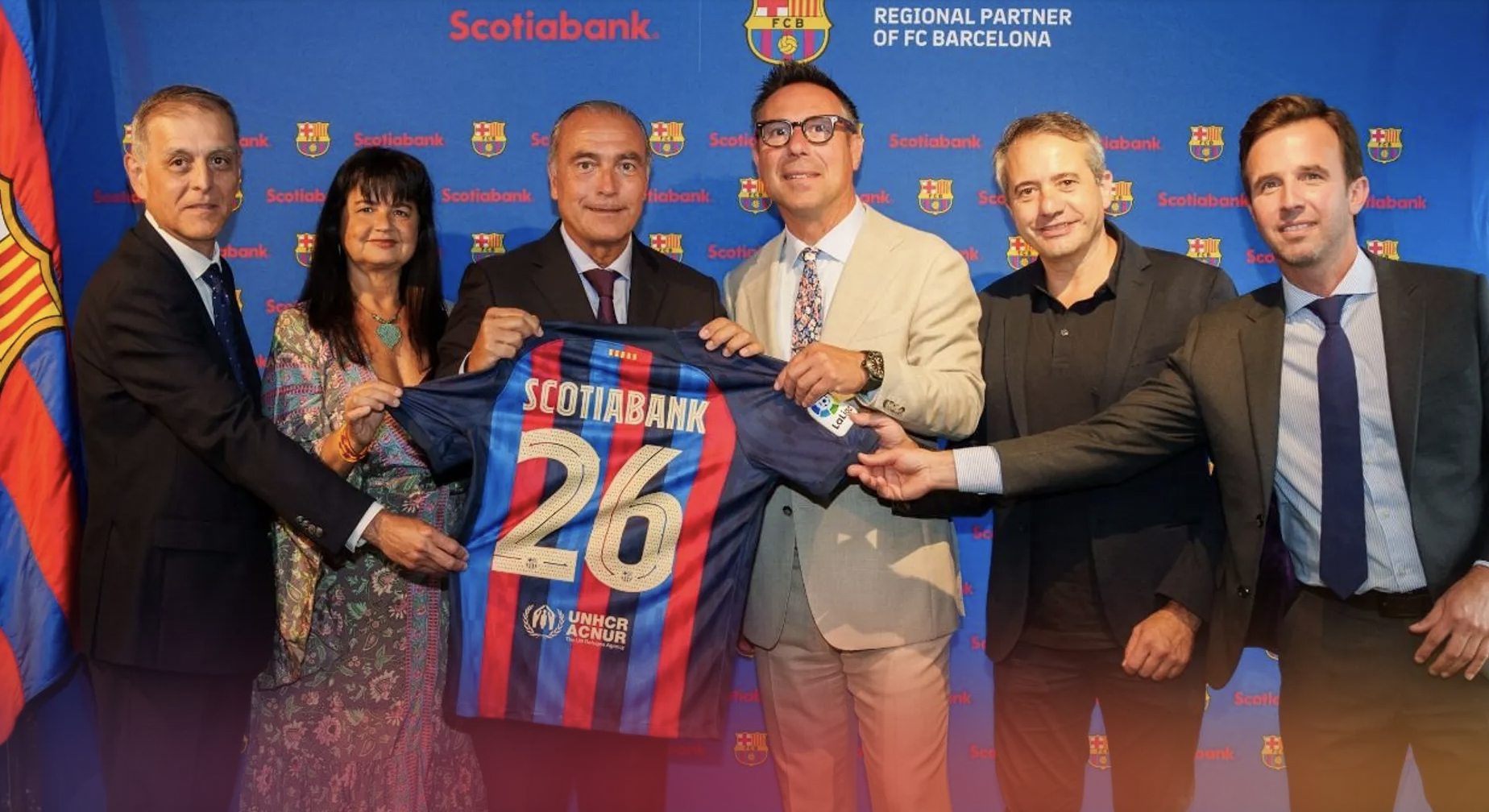 September 1 – FC Barcelona has renewed their regional partnership with Scotiabank with a four-season agreement that will run until end June 2026.

The deal with the Canadian bank covers Canada, various countries in Latin America and the Caribbean. It covers the men’s first team as well as the women’s team and a collaboration with the Barça Foundation and the Barça Academy project.

Scotiabank have been a partner of Barca since 2016, following its first expansive steps into football sponsorship with a major and long running deal with Concacaf’s main club and national team competitions.

Scotiabank and Barça Foundation will promote a series of programmes aimed at improving the lives of young people in underserved communities using sport as a tool for social inclusion.

They will also continue to work on the development of cobranded products as well as new joint programs with Barça Foundation, while the bank will also be Main Partner of two Barça Academies and a partner of the Barça Academy Camps.

Scotiabank will become a partner of the club’s travelling exhibition, ‘Barça, The Exhibition’, whenever the history of FC Barcelona is showcased in a Latin American country.

There is something of an irony in a club that has struggled to bring its own finances in order – and this season even had to sell off assets just to create financial space within the football finance regulations to gets its star players on the pitch – has secured a high level bank as a sponsor rather than another lender.

However, the power of the Barca brand is what is attractive to marketers. And even if the club’s financial management is bad (and in the past verging on criminal), its stated intentions are good.

Mike Tasevski, VP Global Partnership, Scotiabank, said: “Since the start of our partnership in 2016, FC Barcelona has been a key player in strengthening our football ecosystem in the region, helping us to provide more equal opportunities and access to the sports for thousands of youngsters in the Americas, no matter their race, gender or social status, instilling inclusion as a core value in our joint efforts.”