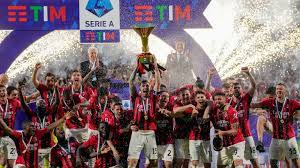 September 1 – Redbird Capital, the investment firm with ties to the New York Yankees and the Boston Red Sox, has acquired Italian giants AC Milan for $1.2 billion.

The long-awaited sale, confirmed on Wednesday, represents a major windfall for vulture fund Elliot which acquired the Milan club in 2018 after former owner Li Yonghong failed to make loan repayments to the hedge fund. Elliot will retain a minority stake in the club.

“Our vision for Milan is clear: we will support our talented players, coaches and staff to deliver success on the pitch and allow our fans to share in the extraordinary experiences of this historic club,” said RedBird founder and managing partner Gerry Cardinale.

“We will look to leverage our global sports and media network, our analytics expertise, our track record in sports stadium developments and hospitality to deliver one goal – maintaining Milan’s place at the summit of European and world football.”

“RedBird’s investment philosophy and track record in team ownership has shown that football clubs can be successful on the pitch and sustainable off it – we are looking forward to a long-term partnership with the club, its management team and Milanisti around the world to keep propelling Milan in the years to come.”

RedBird’s acquisition of AC Milan adds to the firm’s portfolio in sports that include the Fenway Sports Group (Liverpool FC, Boston Red Sox, Pittsburgh Penguins), Toulouse FC, and the Rajasthan Royals in cricket.

Last season, AC Milan won their first league title in 11 years. After a decade of decline, the club is seeking to reconnect to the European elite, qualifying for the first time for the Champions League since 2014.

In June Elliott managing partner Gordon Singer said: “When Elliott acquired AC Milan in 2018, we inherited a club with a tremendous history, but with serious financial problems and mediocre sporting performance.

“Our plan was simple: to create financial stability, and to return AC Milan to where it belongs in European football. Today, I believe we have accomplished both.”