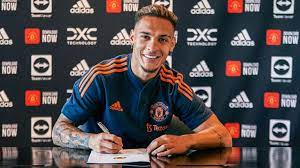 September 2 – The summer transfer window slammed shut on Thursday night with the most expensive ever deadline-day signing in Manchester United’s eye-watering £82 million purchase of Brazilian winger Antony from Ajax.

The deal helped set a new Premier League spending record of about £1.9 billion – smashing the previous record of £1.4 billion in 2017 and dwarfing the rest of Europe.

Nine of the 20 top-flight clubs spent in excess of £100 million as total expenditure roared back after two seasons of Covid-impacted decline. The combined outlay of the 20 clubs during the window was 67% higher than the previous summer’s total of £1.1 billion.

Premier League clubs spent more than Spain’s La Liga, Italy’s Serie A and the German Bundesliga put together while Chelsea spent more in a single window than any other club in Premier League history.

Roman Abramovich might have departed but under their new owners the club splashed out more than £250 million including the final two deals of the night, with Pierre-Emerick Aubameyang, the former Arsenal forward, joining from Barcelona on a two-year deal, and Switzerland midfielder Denis Zakaria joining on a season-long loan from Juventus. Twenty-four hours earlier Chelsea bought defender Wesley Fofana from Leicester for a reported £70 million.

Promoted Nottingham Forest embarked on an extraordinary spending spree, signing no fewer than 21 new players and in the process breaking the British record for most recruits in a single season.

Gross spending across all of Europe’s ‘big five’ leagues – Premier League, La Liga, Serie A, Bundesliga and Ligue 1 in France – increased by 52% to £3.88 billion. To put the power of the English top flight into perspective, Premier League clubs were responsible for 49% of that figure.

“The record level of spending during this transfer window is a clear indication of Premier League clubs’ confidence, as fans return to stadia and a new broadcast cycle begins,” said Tim Bridge, lead partner in Deloitte’s Sports Business Group.

“It’s now become part and parcel of the Premier League that clubs are willing to pay significant sums to maximise performance. This season, the desire to acquire playing talent has reached new levels as the pressure for clubs to stay in the competition is higher than ever.”

Fourteen of the 20 Premier League clubs made at least one new signing on deadline day but Tottenham Hotspur, renowned for waiting until the last minute, were conspicuous by their absence having done all their business earlier in the window.

As well as signing Antony, Manchester United completed a season-long loan deal for Newcastle goalkeeper Martin Dubravka while Liverpool added a midfielder to their squad, with Brazil international Arthur Melo joining on a season-long loan from Juventus.

Not all clubs splashed the cash, however, some of them instead reigning in their spending. Following the sacking of Bournemouth manager Scott Parker after speaking out over the promoted club’s lack of Premier League-ready players, Leicester City boss Brendan Rodgers made it clear he, too, is unhappy about the perceived lack of backing in the market.

Leicester are bottom of the table after five games and brought in just two reasonably priced players after letting a string of their biggest stars leave including goalkeeper Kasper Schmeichel and key defender Fofana.

“I understand the fans’ frustration. They see all their rivals getting players in and we’re not getting any,” said Rodgers. “With the greatest respect, we have not had the help in the market this team needed.”

Deloitte in their review of summer transfer window activity highlighted the growth in the number of top flight transfers generally with Premier League clubs signing 169 players, compared to 148 in summer 2021 and 132 in summer 2020.

Looking at the next level down in England, Deloitte also highlighted that Championship clubs’ gross spend more than doubled on the previous summer to £86 million but was still some way off pre-Covid levels (2017-19 three-year average: £169.4 million).