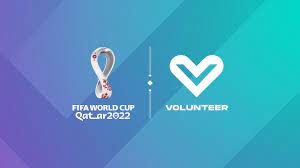 September 5 – With the World Cup rapidly drawing near, volunteers have kicked off their training following a festive get-together at Lusail Stadium, the venue for the World Cup final.

Qatar ambassador David Beckham and Tim Cahill were among those who attended the event. Of course neither of them are volunteers, Beckham is reportedly being paid $20 million a year for being a Qatar 2022 ambassador.

“Volunteers are our true heartbeat because their passion and selfless devotion sustain everything we do,” said FIFA director of competitions Colin Smith.

“That’s the common thread that unites 20,000 volunteers, irrespective of nationality, culture, age, gender and experience. It’s through their efforts that the FIFA World Cup in Qatar can be considered the most inclusive ever and will connect people from all cultures and backgrounds through the game of football.”

In July, FIFA announced that hundreds of thousands of people had applied to become a volunteer at the first global finals in the Arab world, with the majority of applications coming from Asia and Africa.

“From the macro-view, I’m confident that societies will start to embrace a wider culture of volunteerism as an expression of both national pride and self-betterment, as it’s something which also aligns with our traditional values of honour and generosity,” said the CEO of FIFA World Cup Qatar 2022 Nasser Al Khater.

For the 2018 World Cup in Russia, 176,870 people applied with organisers deploying 17,040 volunteers during the tournament.

At the closing press conference of the 2018 tournament in Moscow Infantino, wearing a volunteer tracksuit, drew criticism over FIFA’s policy regarding volunteers.

He said: “All of those in love with football, and in love with society, have all been volunteers in their lives, in some activities. Sports events around the world are organised with the help.  I am here in a volunteer tracksuit to thank the volunteers for their work. Yes, as FIFA president I am paid, but we are all volunteers.”