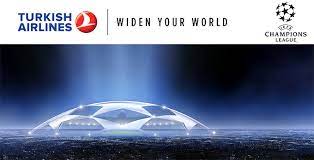 September 5 – Turkish Airlines has become a UEFA’s Champions League partner in a one-season deal that will culminate with the final in Istanbul.

It is the first official airline partner for UEFA’s flagship competition. The agreement also covers the Super Cup, the Futsal Champions League and Youth League finals.

“We both share a global reach, connecting fans across continents and we are delighted that their debut season as a partner will culminate in the final of this prestigious tournament taking place on home soil in Istanbul,” said UEFA marketing director Guy-Laurent Epstein.

“We both share similar passions, and truly believe that the sky is the limit when it comes to our partnership.”

On June 10, Istanbul’s Atatürk Olympic Stadium will host the Champions League which will mark the end of the 2022/23 season, truncated by the winter World Cup in Qatar.

The global health pandemic forced the 2021 final to be relocated and so the 2023 final was awarded to Istanbul with Munich getting the 2025 showpiece event. Istanbul last staged the Champions League final in 2005 when Liverpool came back from three goals down to win the European Cup on penalties against AC Milan.

“With our country spreading its wings towards the 100th anniversary of our Republic, we are taking the Turkish Airlines brand to new heights,” said Ahmet Bolat, Turkish Airlines’ Chairman of the Board and the Executive Committee.

“With this sponsorship, we will carry the Turkish Airlines brand throughout the world and bring the whole world together in Istanbul on June 10, 2023. We believe in the unifying power of sports that brings different cultures together and we aim to continue to take part in the world’s leading tournament.”

Turkish Airlines was also a UEFA partner at Euro 2016.