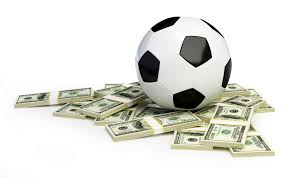 September 6 – Over the past ten years, the English Premier League clubs have accumulated a transfer deficit of -€9.5 billion, dwarfing the next highest deficit of a Big 5 league, Italy’s Serie A, of 1.4 billion. In contrast France’s Ligue 1 clubs have a positive balance of €350 million – despite PSG’s negative balance of €868 million.

The CIES Football Observatory has taken a deeper dive into the transfer spending trend over the past 10 years (2013 to 2022), saying that for the “optimum understanding of the transfer market, beyond the sums spent and received, it is relevant to study the net balance of operations”.

The latest transfer window that shut last week with English Premier League clubs breaking record spending with an all-time high of €2.6 billion, more than 50% of the big-5 league clubs’ total expenditure of €5.2 billion on new players, looks like a step-change in a pattern that was already set.

These numbers, say the CIES, “confirm the specificity of the English case. Premier League teams registered a total negative spending of more than -€1.7 billion. This deficit is ten times higher than that of the league with the second most negative balance: the Spanish Liga (-€144 million). Conversely, the French Ligue 1 (+€76 million) and the German Bundesliga (+€18 million) have positive figures.”

The Premier League is a league out on its own and it has been for some while, it’s just that suddenly that gap has widened.

Not surprisingly, in the ranking of clubs that have spent the most in the transfer market over the past 10 years, a handful of top teams dominate. The spending of the twenty most active clubs represents 52% of the total big-5 league club expenditure.

Chelsea top of the table with an average of €181 million spent per transfer fee year, but they are closely followed by Barcelona and the two Manchester’s clubs.

If you look at winners and losers in the player trading market Manchester United have the most negative net transfer spending over the past decade of -€1.27 billion – ironically still not enough to stop fans demanding the exit of the Glazer family from ownership of the club. 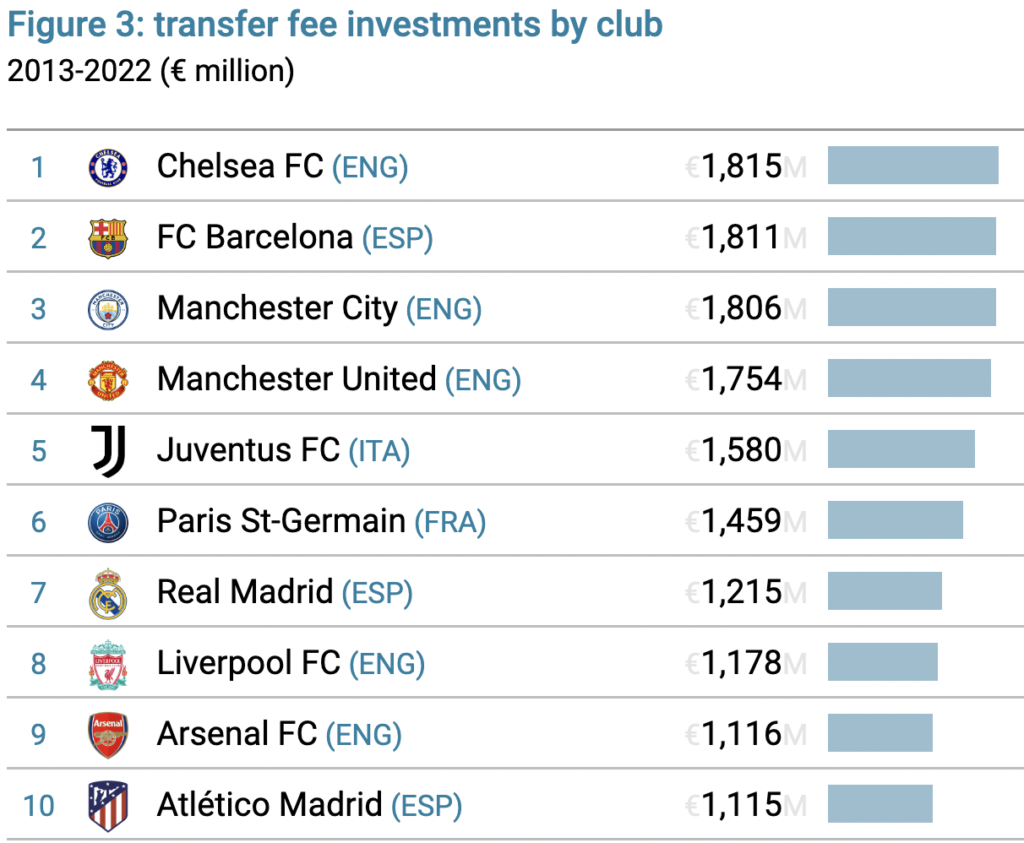 Manchester City are the second worst traders at -€902 million, followed by Paris St-Germain at -€868 million. In the last window, though, Manchester City (at €279 million) topped the table for transfer fees received from big-5 league clubs in 2022 (an overall positive balance of 118 million for the year, ahead of AFC Ajax (€226 million). 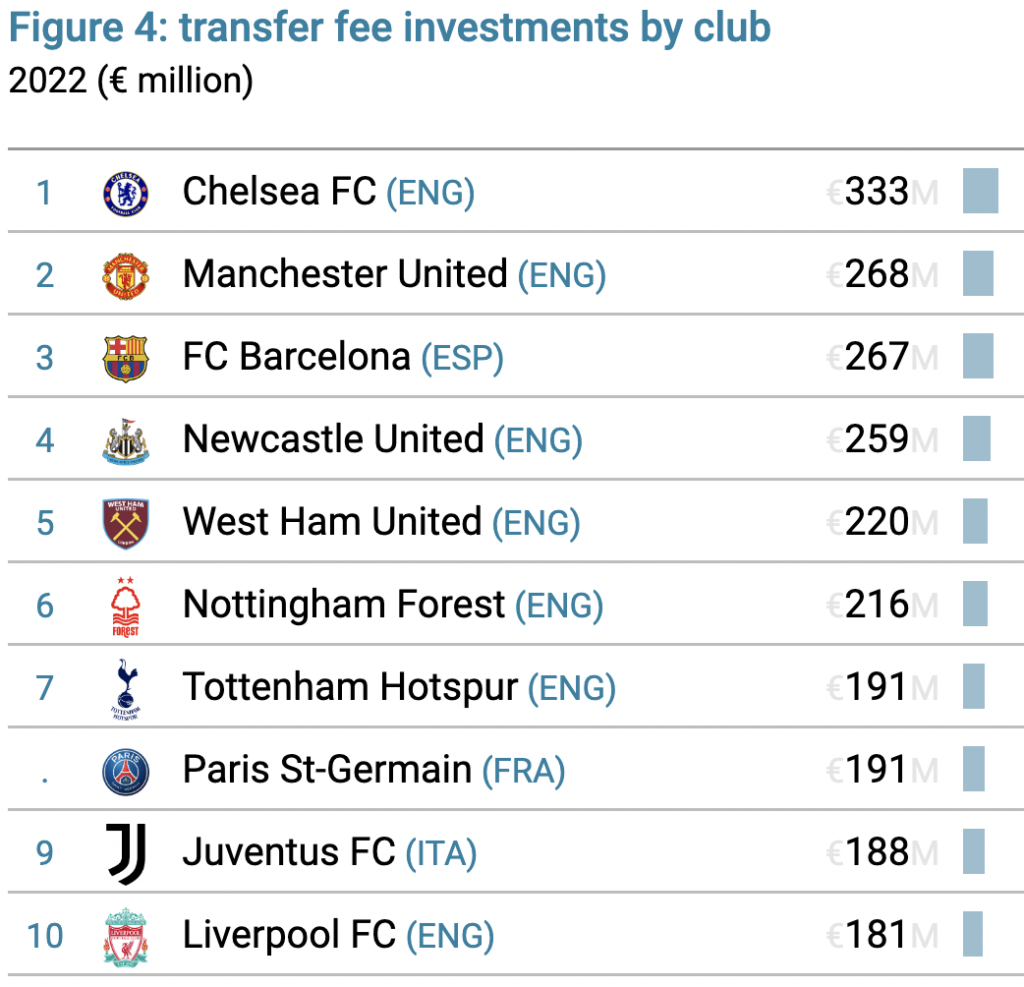 The CIES conclude: “Transfer fee investments of clubs from the five major European leagues strongly increased in 2022 in comparison to the pandemic years: +61% with respect to 2020 and +28% compared to 2021. A record spending for a calendar year was observed in the English Premier League: €3.0 billion (+€878 million with respect to the previous 2018 record).

“A new record high was also registered with regard to the share of transfer fees paid by English Premier League teams out of total big-5 league clubs’ investments. From an average of 38.7% during the ten-year period studied, this percentage reached 48.5% in 2022. Ten clubs from the English top division figure in the top twelve positions of big-5 league teams with the most negative net transfer spending in 2022.” 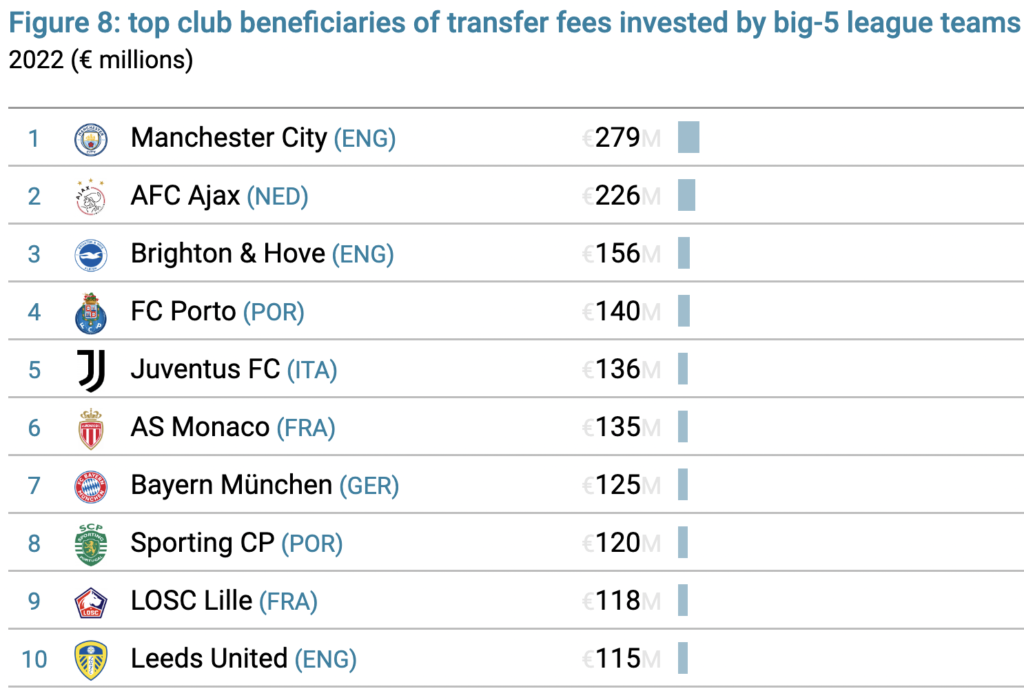