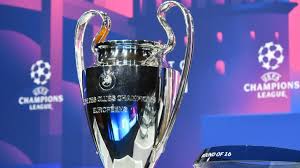 September 6 – Months after Real Madrid completed an improbable run of matches to win a 14th European Cup against Liverpool amid dramatic scenes at the Stade de France, the Champions League returns with the usual suspects eyeing glory in Istanbul next June in what will be the competition’s penultimate season in the current format.

On Wednesday, Liverpool travel to Napoli and Inter Milan face Bayern Munich at the San Siro.

While there are many enticing and intriguing ties, the group stage will suffer from predictability predicated on the financial inequality running through the competition.

Bayern Munich, Liverpool, Manchester City, PSG and Chelsea should all progress from the first round with ease. In a season truncated by the winter World Cup in Qatar, the competition won’t really get serious until February and much will turn on how some of the top players return from the draining four-week global finals in the most demanding season of all.

This is not to say that some storylines around individual clubs are not important – Celtic return to the Champions League, and so do Maccabi Haifa.

Shakhtar Donetsk’s story is remarkable and will prove emotional, but, overall, there are just a select few clubs who can realistically dream of playing the final on June 10 at Istanbul’s Ataturk Stadium. It’s the venue where Liverpool staged possibly the most dramatic of comebacks in European Cup history to draw 3-3 with AC Milan and defeat the Italians from the penalty spot to win the Champions League in 2005.

But despite its financial muscle – outspending all other leagues with a net spend of 1.9 billion euros in the summer transfer window – English football will not be guaranteed a victor at the end of the season.

Real Madrid once again proved too strong last season, defeating both Manchester City, in improbable fashion with a last minute surge, and Liverpool en route to their 14th European Cup win. Bayern Munich and PSG should also be strong contenders this year.

In 2024, the Champions League will expand to 36 teams and introduce the Swiss model in the group stages. The tournament will then feature 189 matches instead of the current 125. It will allow UEFA to monetise their premier club competition further with CBS already committed to paying a reported $1.5 billion to continue showing the tournament for another six years from 2024.

The rationale behind the new format is that it allows more teams to compete in the Champions League and by breaking the group stages and creating a league format, it introduces a greater element of unknown into the stage before the knock-out rounds. The danger is still that many of the fixtures will be easy and dull wins for Europe’s elite and financially dominating clubs – there is no real way around that currently.