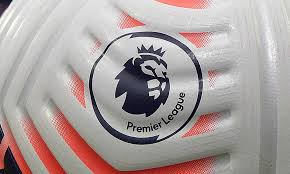 September 8 -The Premier League match Brighton vs Crystal Palace on September 17 has been postponed because of a national rail strike across the United Kingdom.

RMT (Rail, Maritime and Transport) members at Network Rail and 14 rail operators around the UK are set to stage a walkout in a long-running dispute over pay, pensions and working conditions on the day the match was due to be played. Unrest has been growing in the UK as wages feel to keep up with the pace of inflation.

“Following a request to the Premier League Board by Brighton and Hove Albion FC, the club’s home fixture against Crystal Palace FC, due to be played at 3 pm on Saturday 17 September, has been regrettably postponed,” the Premier League said in a statement.

“The decision follows exceptional circumstances relating to the planned industrial action on the rail network, with authorities unable to sanction the fixture to be played with no public transport available for supporters.”

Brighton said a new date for the game would be announced soon. The club said in a statement: “While we fully appreciate this will be of huge disappointment to both sets of fans… the safety of fans of both clubs, our matchday staff, players and officials must be the priority.”

Brighton sit in the fourth position in the Premier League table with 13 points from six games and play Bournemouth on Saturday. Palace, 15th, welcome Manchester United a day later.