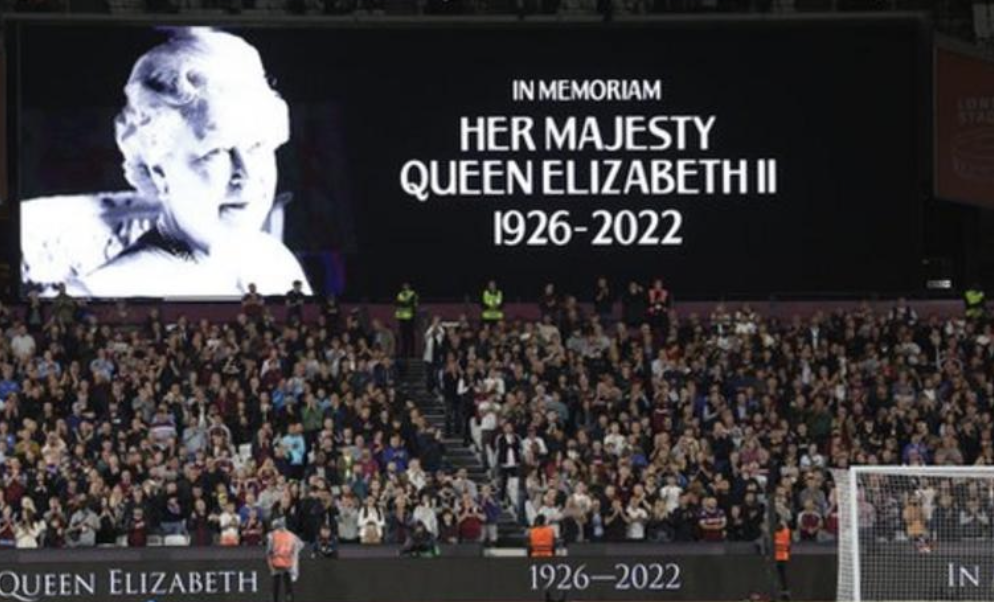 September 13 – Ahead of Queen Elizabeth’s funeral next Monday three Premier League matches scheduled for this weekend have been postponed, but tonight (Tuesday) EFL and National League matches will resume as will a full round of FA Trophy matches.

Liverpool will host Ajax in the Champions League tonight though Arsenal’s Europa League game in the capital against PSV Eindhoven on Thursday has been postponed.

In the Premier League, Manchester United vs Leeds United, Chelsea vs Liverpool and Brighton & Hove Albion vs Crystal Palace have all been postponed, the latter due to a national rail strike that has been called in the meantime.

“Following extensive consultation with clubs, police, local Safety Advisory Groups and other relevant authorities, there was no other option but to postpone the three fixtures.

“For the matches being played during the period of National Mourning, tributes will be paid to The Queen at Premier League stadiums.”

The league clarified that new dates will be announced in due course for the three fixtures.

Manchester United said their match was postponed because the Greater Manchester Police are “supporting forces across the United Kingdom at locations and events of high significance” after the queen’s death.

Women’s Super League and women’s Championship, FA Cup second round qualifying, women’s FA Cup, the lower tiers of the English football pyramid as well as all matches across grassroots football will however resume on Tuesday.

“After a period of pause and reflection for our national game, we can confirm that fixtures will resume as scheduled,” the FA said on Monday. The English governing body added that next Monday, the day of the Queen’s funeral, all scheduled matches will be postponed.

The EFL said on Monday that tributes will be paid to the Queen at grounds across England.

“A minute’s silence will be held before matches, with black armbands to be worn by participants, flags to be flown at half-mast and the National Anthem to be played in stadiums,” said the EFL. “With a national policing plan now in operation, the League and clubs will continue to work with forces in respect of any challenges that may emerge regarding policing of specific fixtures.”

The postponement of top flight fixtures as well as matches at the grassroots level last weekend evoked criticism from the fans and the media as cricket, horse racing and rugby continued. The rescheduling will create a headache for calendar makers with the current fixture list proving the most congested ever due to the winter World Cup in Qatar.