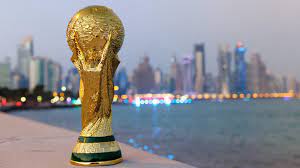 September 13 – After local tournament organizers opened up accommodation to third parties, Airbnb prices in Qatar have skyrocketed, averaging almost $73,000 per month for a four-week stay during the World Cup.

In November and December, Qatar will become the smallest country ever to host the World Cup and hundreds of thousands of football fans will attend the flagship tournament and, while Qatari organisers have always maintained that they have provided enough beds for visitors, the latest offerings on Airbnb, after the Supreme Committee for Legacy and Delivery opened up accommodation offerings to external parties, have an average price point for a month’s stay in Doha of $72,396 according to Doha News.

A simple Airbnb search reveals that a minority of rooms can be found at $4,000 for a month during the tournament, but across Doha, the central host city of the finals, prices far exceed anything affordable. In the Pearl, not too far from where FIFA president Gianni Infantino lives, the highest asking price for a month’s stay with check-in on the eve of the opening match and check-out the morning after the final was a whopping €328,018.

On booking.com, a five-day stay at the start of the finals between November 20 and November 25 will set fans back €15,856 at the Hyatt Regency and €8,965 at the ‘My City Residence’, a simple three-star accommodation among the cheapest options.

Prices among the 21 properties available rise to €67,000 with one property owner asking as much as €250,000. On the booking website of Qatar Accommodation Agency, the official supplier of lodging for the event, the cheapest room for the same period is at Al Samriya Villages in Al Shahaniya, a municipality 30km outside of Doha that is also home to large labour camps.

The Qatar Accommodation Agency is aiming to make 100,000-130,000 rooms available for the tournament. Organisers have fended off criticism over the lack of available options by saying that they keep adding properties to the inventory.

Ticketholders could purchase accommodation at so-called fan villages, most of those options are however sold out now. They are described as “casual camping and cabin-style accommodations” but the converted portacabins come at a pricey $207 a night and only offer a kettle, fridge, and two bottles of water per day. Two cruise ships will also be moored at the port during the tournament.

Price hikes are nothing new during a World Cup or major football events, but previous hosts Russia and Brazil had sizeable markets to meet fan demand for cheaper properties. The price point per reservation, usually three to four nights, on Airbnb averaged $55.27 per guest per night in Russia.