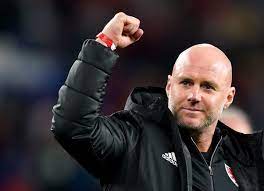 September 13 – After a long wait and following the formal resignation of manager Ryan Giggs, Wales have committed fully to Robert Page to lead the country, giving him a four-year contract.

Page was Giggs’ assistant but took charge of the team temporarily in November 2020 when Giggs stepped back after being arrested and then charged in an assault case brought against him by his former girlfriend.

Page, in Giggs’ absence, guided the country to the second round of Euro 2020 and then qualified for a first World Cup since 1958 when they beat Ukraine in a play-off in June.

Wales have also qualified for the top tier of the Nations League under Page. In Qatar they will face England, USA and Iran in the group stage.

Page had a contract with Wales that expired at the end of the 2022 World Cup, but has now been extended to take him through Wales’ Euro 2024 qualifying campaign and up to the 2026 World Cup.

“There is no bigger honour than coaching your national team and I can’t wait for the challenge the next four years will bring, starting with our first World Cup in 64 years,” said Page.

“This is an exciting time for Welsh football and I hope we can make the country proud in November and continue our success by qualifying for more major tournaments in the future.”

Giggs’ fortunes have not been so glorious. Giggs, 48, denied headbutting ex-partner Kate Greville at his home in November 2020, and also denied controlling or coercive behaviour.

Last month jurors were discharged last month after they failed to reach verdicts following his original four-week trial. Crown prosecutors have since decided to retry the case with a date set for a trial by jury set for July next year.

The former Welsh and Manchester United legend has maintained he is innocent of the charges against him.