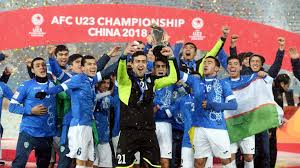 September 14 – Kuwait has been confirmed as the host Group H qualifiers for the AFC U20 Asian Cup Uzbekistan 2023, to be played March 1-18 next year.

Originally scheduled to take place in Basra, Iraq, the Group H ties will now be played from October 14 to 18, 2022 at the Jaber Al-Ahmad International Stadium in Kuwait City – Australia, India, Iraq and Kuwait will compete.

The Asian Football Confederation (AFC) also confirmed that Australia, who had earlier withdrawn from the tournament, have been reinstated to the group following the approval of the AFC Competitions Committee.

The top two sides will qualify for Uzbekistan along with the five best runners-up in the qualifiers.

The U20 qualifiers that started last weekend in centralised venues across the region, mark a return to a full post-covid calendar of AFC men’s elite football

It is the first time since 2018 national youth teams in the AFC region have been involved in qualifying competition.

The qualifiers also mark a new era for the AFC’s age-group tournament, with the U20 replacing the U19 competition and organised without the zoning principles, as the top two teams advance to the Finals in Uzebekistan next year.

Uzbekistan have stepped up within the AFC as a host for youth finals as the confederation returns to full play. In June the country hosted the finals of the AFC U23 Asian Cup 2022, recording a number of record attendances.

The AFC U20 qualifiers are the first time that nations will meet outside of the regional zones in the qualifying rounds.