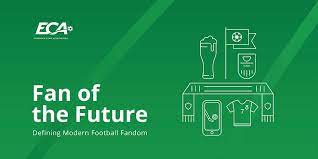 September 15 – ECA’s ‘future of fandom’ report has shone a light on the shifts in football consumption patterns by the younger generation and, while the results are hardly surprising, they highlight some of the challenges the football industry faces.

The European Club Association study explores what younger fans think and expect from the game, what motivates their fandom and how they want to be engaged.

The survey, with just under 4,000 respondents and half of those respondents living in Europe, found that younger fans, those in the 16-24 year segment, shape their fandom via Tiktok and Youtube and are more likely to be motivated by fitness and participation in the US and China. They watch more short-form content on Youtube and social media than any other age category.

Among fans, the World Cup remains the main competition that will drive them towards fandom, narrowly ahead of the Champions League and the Premier League, the study found.

The primary motivation for younger fans to watch and engage with football is to have an experience.

However, in China the focus is much more on playing the game than in other markets, both for fitness reasons and as a way to socialise. Fitness also comes high up the agenda in the US, reflecting that fandom in these markets is relatively new and different.

Younger fans are also more likely to be concerned about social issues, including racism and mental health.

They will say that football isn’t very relevant but suggested that football clubs branch out into women’s football and futsal, collaborate more with fashion brands and become involved with Esports.